Around 500 elephants could be killed under the current plans

Zimbabwe is reportedly planning to sell rights to shoot up to 500 elephants in an attempt to re-gain some of the money lost in the tourism industry as a result of the coronavirus pandemic. 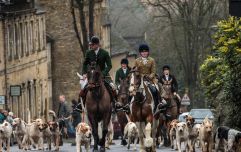 Boxing Day hunts go ahead in spite of COVID-19 restrictions

END_OF_DOCUMENT_TOKEN_TO_BE_REPLACED

This move could see hundreds of elephants killed during the upcoming hunting season, as a result of the sharp fall in visitor numbers to Zimbabwe's national parks due to Covid-19 travel restrictions.

Zimbabwe is currently on the UK government's so-called 'red list', which lists the countries that pose the biggest threat to the UK in terms of new variants of Covid-19 entering the country.

Tinashe Farawo, a spokesman for the Zimbabwe Parks and Wildlife Management Authority, told CNN that the decrease in funds earned by the tourist sector was one of the main reason for the plans.

He said: "We eat what we kill. We have a budget of about $25 million for our operations which is raised - partly - through sports hunting, but you know tourism is as good as dead at the moment due to the coronavirus pandemic."

Speaking to ITV News, Farawo said: "We have a bad need for more money.

"We are not supported by central government so we need this tourism."

Farawo told ITV News that elephants will cost approximately $10,000, which equates to around £7,200. 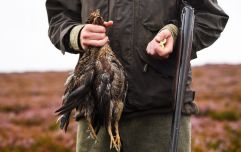 END_OF_DOCUMENT_TOKEN_TO_BE_REPLACED

He said that hunting happens annually during the country's "dry season".

Simiso Mlevu, a spokesperson for the Center for Natural Resource Governance, an environmental and human rights advocacy group based in Zimbabwe, told CNN that the hunting proposals were "appalling".

Some people seem horrified by the hunting plans by Zimbabwe National Park officials, and have taken to social media platforms to express their views.

One Twitter user said: "The Elephant hunt is on in Zimbabwe. There are other methods of distracting elephants from human populations without hunting them down. Disgraceful!"

popular
If you like Squid Game here's 6 shows you'll want to watch next
Salt Bae customers disgusted at price of steak in his London restaurant
Homeless man in California was actually Elvis Presley, according to conspiracy theorists
Why Inter Milan had to remove snake from away kit for Champions League tie
Lionel Messi scores his first PSG goal in spectacular style
Netflix broadcast someone’s phone number in Squid Game and she got ‘4,000 calls a day’
Brian Laundrie's parents call 911 on Dog the Bounty Hunter as he finds fresh campsite
You may also like
News
Big cat poacher 'mauled to death and eaten' by lions he was hunting
Life
Big game hunter killed after shot elephant falls on him
News
Public opposition to fox hunting reaches all-time high, survey reveals
Life
Vet who gained fame for posing with dead lions dies whilst hunting
News
This massive cattle-eating alligator shot dead on a Florida farm is apparently real
Next Page