Uni student reveals he eats dog food for breakfast, lunch and dinner to save money

A university student has revealed that he has resorted to eating dog food for breakfast, lunch and dinner to save money - and "loves" it. 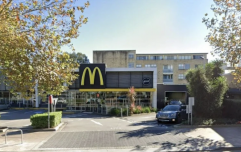 Council bans McDonald's drive-thru because the residents are 'too fat'

END_OF_DOCUMENT_TOKEN_TO_BE_REPLACED

The anonymous man explained in a Reddit post that he was dared to eat a bowl of dry kibble and realised he had a taste for it, The Sun reported.

He wrote: "Since I'm broke, I have resorted to eating dog food."

The student continued: "I started eating dog food when my friend dared me, and I love it. Since that day I eat dog food at least once a day. Note that it is dry dog food, I never tried the wet ones."

The student's cost-cutting culinary choice hasn't gone unnoticed by his flatmates, who queried why he had so many bags of dog food in his room, but no dog. 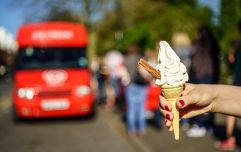 END_OF_DOCUMENT_TOKEN_TO_BE_REPLACED

"When one of my other friends visited my room and saw heaps of dog food, he asked me why.

The student has since questioned his dietary decision, wondering how healthy a choice it really is.

Other Reddit users were quick to point out it isn't particularly healthy, with one writing: "Inexpensive dog food is loaded with filler ingredients that are barely digestible. Basically you will poop more and not get the nutrients you're expecting."

END_OF_DOCUMENT_TOKEN_TO_BE_REPLACED

“It is also not subject to the same regulations as human food. It will often contain ground up animal parts like chicken beaks, bones and feather.

"Expensive dog food, made with quality ingredients, would not have these issues. But then that kind of defeats the purpose of saving money."

The commenter added that there was cheap ways to eat human food "frugally", suggesting rice and beans can "go a long, long way and are going to taste a lot better than dog food and give you a more balanced diet" and that it may even be cheaper than dog food.

Healthline told the Sun that dog food "isn’t designed for the unique nutritional needs of humans, though it is made from ingredients that are technically safe for humans to eat".

“Thus it's not inherently toxic for humans and may be safe in an emergency situation. However eating dog food may increase your risk of developing foodborne illness."

popular
Groom shoots friend dead by mistake after firing shot in celebration at his wedding
The JOE Friday Pub Quiz: Week 300 - the Triple Century
Seven awful films rated higher than Pogba’s “Pogmentary” on IMDB
'Dinosaur lady' wins internet with baffling Question Time remark on rail strikes
Johnny Depp's lawyer Camille Vasquez annoys fans amid rumours she may defend David Dobrik
Russian missile does a U-turn during malfunction and smashes into troops who fired it
A definitive ranking of every swear word from worst to best
You may also like
Food
McDonald's is selling quarter pounder burgers for 99p for today only
Life
Here's how long Brits are happy to leave food on the floor – and still eat it
Life
Social media star dies age 27 after choking on a kebab and falling into a coma three months ago
News
Lettuce crisis takes shocking turn as KFC is forced to change its menu due to price hikes
News
Johnny Depp spends £50k at one of UK’s biggest Indian restaurants during celebratory night out
Next Page