UKIP National Executive Council member Elizabeth Jones has been reinstated to the party after her suspension in the aftermath of far-right activists storming a socialist bookshop on Saturday.

END_OF_DOCUMENT_TOKEN_TO_BE_REPLACED

The party said that Ms Jones - who stood in the first of the party’s two leadership elections in 2016 - was "completely exonerated of any involvement" in the incident at Bookmarks Bookshop.

Although footage posted online showed her in the proximity of the bookshop ahead of the incident, the party said there was "no evidence" she had entered the shop itself.

"There is absolutely no evidence at all of Ms Jones having any knowledge of or involvement in the actions which allegedly took place inside the bookshop," UKIP Chairman Tony McIntyre said in a statement.

"Ms Jones just happened to be in the approximate central London area solely because she had attended an unconnected event earlier that Saturday afternoon. I am delighted to absolve Elizabeth totally and welcome her back into the fold. I only regret that we had to suspend her initially, however briefly this has been, due to the false allegations made against her."

Ms Jones had earlier in the day been a speaker at a "Make Britain Great Again" protest in central London in support of far-right activists Alex Jones and Tommy Robinson, and against perceived left-wing media bias. 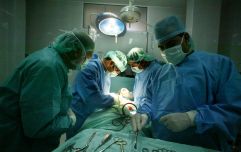 END_OF_DOCUMENT_TOKEN_TO_BE_REPLACED

Following her reinstatement to the party, Ms Jones said:  "I am deeply grateful to our Chairman Tony McIntyre for expediting his investigation and upholding the truth in his findings in my favour so I can carry on serving UKIP. I have nothing further to say, as this matter had nothing to do with me in the first place."

Luke Nash-Jones and Martin Costello, who were also pictured in the footage, remain suspended by the party over the incident, which UKIP Leader Gerard Batten described on Tuesday as "utterly moronic and disgraceful".

The incident saw 12 people storming into Bookmarks, a radical bookshop in central London, chanting “We love Trump! We love Trump!” and a number of other far-right slogans, as well as accusing the two members of staff of being “paedophile lovers”.

Bookmarks employee Noel Halifax, 67, described his and his colleagues' fright after the group arrived at the shop around 18.35 on Saturday evening.

He told JOE: "There were only two of us in the shop, it was quite late in the day and they were about to close and they were shouting and bellowing – scaring off the few customers we had.

"They knocked over the displays and tore up magazines and newspapers. We asked them to leave and had to ring the bell [to get them to]– they were wearing caps and banners saying 'Make Britain Great Again'.

"This hasn’t happened to us since the 1970s when the shop was attacked by the National Front. They feel emboldened and able to do this sort of thing, I think the Alt-Right movement generally feel empowered to do it. What they were saying wasn’t logical."