Ryanair is calling on pilot unions to call off threatened industrial action next Wednesday.

Ryanair has written to pilot unions in Ireland, the UK, Germany, Italy, Spain, and Portugal, inviting each of them to talks to recognise these unions as the representative body for pilots in Ryanair in each of these countries.

In doing so, Ryanair will now change its long-standing policy of not recognising unions in order to avoid any threat of disruption to its customers and its flights during Christmas week ahead of proposed industrial action from a number of unions on Wednesday, 20 December.

Earlier this week, Ryanair took a fairly stubborn stance in response to news of planned industrial action by Irish Ryanair pilots, stating their belief that industrial action “will largely be confined to a small group of pilots who are working their notice and will shortly leave Ryanair, so they don’t care how much upset they cause colleagues or customers”.

In engaging with the unions, Ryanair is breaking a 25-year-old policy of pilots dealing directly with Ryanair, although Ryanair was insistent that a Committees of Ryanair pilots should be established to deal with Ryanair issues, as Ryanair will not engage with pilots who fly for competitor airlines in Ireland or elsewhere.

Ryanair is now calling on pilot unions in Ireland and the countries named above to call off the threatened industrial action next Wednesday “so that our customers can look forward to travelling home for Christmas without the threat or worry of pilot strikes hanging over them”. 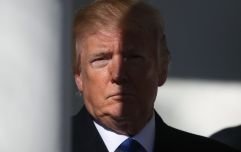 END_OF_DOCUMENT_TOKEN_TO_BE_REPLACED

Ryanair’s Michael O’Leary said: “Christmas flights are very important to our customers and we wish to remove any worry or concern that they may be disrupted by pilot industrial action next week.

“If the best way to achieve this is to talk to our pilots through a recognised union process, then we are prepared to do so, and we have written today to these unions inviting them to talks to recognise them and calling on them to cancel the threatened industrial action planned for Christmas week.

“Recognising unions will be a significant change for Ryanair, but we have delivered radical change before, most recently when we launched Ryanair Labs and our highly successful Always Getting Better customer improvement programme in 2013.

“Putting the needs of our customers first, and avoiding disruption to their Christmas flights, is the reason why we will now deal with our pilots through recognised national union structures and we hope and expect that these structures can and will be agreed with our pilots early in the New Year.”