One shitty day in 2,711,585 is not bad going, but for everyone's favourite press baron Mr Rupert Murdoch the 2017 General Election doesn't appear to be panning out as planned. 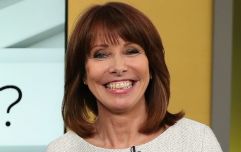 END_OF_DOCUMENT_TOKEN_TO_BE_REPLACED

We still don't know what will actually happen, but the exit polls which predicted a hung parliament shocked the country and put a dampener on little old Rupert's evening, it would seem.

His newspapers have been as subtle as a steel-capped boot to the balls in their support for Theresa May and the Conservatives, but the breaking news shortly after polls closed that the Prime Minister's gamble to hold an election had backfired displeased Rupert to the extent that he stormed out of The Times' Election party.

Or at least that's the version of events being pedalled by John 'One Punch' Prescott, who reckoned Rupert was pissed because Leveson II and Section 40, two separate bills that would place certain restrictions on his media companies (and his profit margin), may not be scrapped after all if the Tories failed to hold a majority.

Of course, there could have been any one of a number of reasons for Rupert to leave the party - he could have been on his way back to his cryogenic chamber to replenish, he may have just decided that, as a 474-year-old man, it was time to go home anyway. Maybe he just had to make his daily phone call to Donald Trump. Anything really.

So we shouldn't rush to judgment, despite what John Prescott says.

And in the unlikely event that he's reading this. Keep that chin up Rupert. I'm sure things will work out for you in the end.

popular
Fan 'stamped on by Oli McBurnie' feared he was 'going to die'
Groom slammed for going to own wedding to bride, 16, in jeans and t-shirt
Woman reveals cruel reason date dumped her after they had sex for the first time
Topless mum in her undies rescues pet goose from bald eagle in crazy video
Kylian Mbappe asked PSG to sell Neymar and replace him with Ousmane Dembele
La Liga chief brands PSG 'an insult to football' after Kylian Mbappe snubs Real Madrid
The JOE Friday Pub Quiz: Week 295
You may also like
Politics
The opening of Parliament has reportedly been delayed for a truly bizarre reason
Politics
Details of Theresa May's immediate reaction to election night results have emerged
Politics
WATCH: Angry Tory MP complains that the public are rubbish at voting
Comment
COMMENT: Jeremy Corbyn's ability to inspire the youth may have changed British politics forever
Sport
Rio Ferdinand wants Piers Morgan to be Prime Minister, Joey Barton isn't having it
Next Page