"Religion is always in the control business, and that's something people don't really understand"

A retired priest living in the US believes that hell was created by the Church as a way of controlling people. 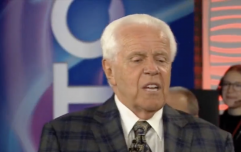 END_OF_DOCUMENT_TOKEN_TO_BE_REPLACED

His unique theological viewpoint is something that you would not expect from a retired bishop.

Bishop John Shelby Spong said he does not believe that hell exists.

He said: "I happen to believe in life after death. But I don't think it's got a thing to do with religion or punishment.

Speaking of the concept of hell, he said: "They create this fiery place which has quite literally scared the hell out of a lot of people throughout Christian history," adding that "it's a control tactic."

"The Church doesn't like for people to grow up, because you can't control grown ups." 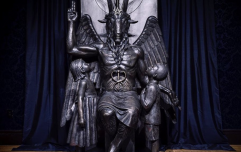 END_OF_DOCUMENT_TOKEN_TO_BE_REPLACED

He said: "People don’t need to be born again. They need to grow up. They need to accept their responsibility for themselves and the world."

Bishop Spong said that every Church he knows claims to be the "true church" with absolute divine authority.

The US priest said that the idea that "the truth of God" can be found in any human system or creed is, for him, entirely "beyond imagination."

Despite receiving a flood of criticisms for his religious views from other priests, Bishop Spong has certainly given religious believers, and indeed the whole world, a lot to think about.