During a pursuit police are now empowered to ram mopeds with their own vehicles, bumping the rider into the road.

A series of encounters where these methods were deployed, captured by dashboard cameras, was published by the Met in November.

Commissioner Cressida Dick said the tactic is in use because the Met needed to "put the fear back into the criminal."


Disk said pursuit drivers are "supremely well trained" and ramming results in only a "very small" number of injuries. 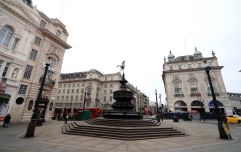 END_OF_DOCUMENT_TOKEN_TO_BE_REPLACED

Speaking to Channel she said: "At least one person who broke their arm and another who had some sort of break.

"My officers make life-and-death decisions every day of the week, they're very accountable.

"They make the best possible decisions. We are in a risk business.

"We've had to put the fear back into the criminal.

"These are people who have been repeatedly left in no doubt whatsoever that there's a police car right behind them.

"If you look over your shoulder and drive on as fast as possible, putting the public in danger, you should expect we will come after you."