It's the biggest weekend ever of UFC action.

However, away from the mega million dollar promotion in Las Vegas, which kicked of last night, worrying reports today suggest an MMA fighter in Manila may have died from complications trying to make weight. 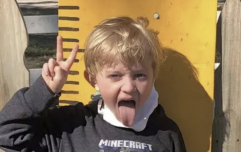 END_OF_DOCUMENT_TOKEN_TO_BE_REPLACED

Geje Eustaquio and Yan Jian Bing were due to fight at ONE Spirit of Champions event in Manila but the contest was called off after Bing suffered health complications before the weigh-in.

Bing, 21, was taken to hospital and was pronounced dead just hours after being taken into care.

The death of the flyweight was confirmed by ONE supremo Victor Cui on his Facebook page: 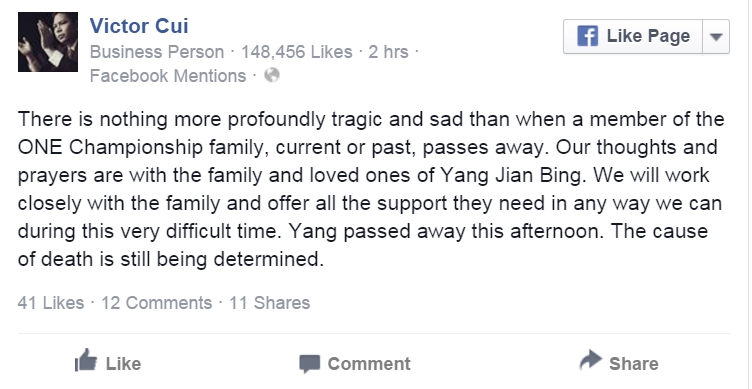 Bing's death is believed to be the first recorded fatality of an MMA fighter in the growing market of Asia and will raise more concerns over those trying to make weight for contests inside the cage. 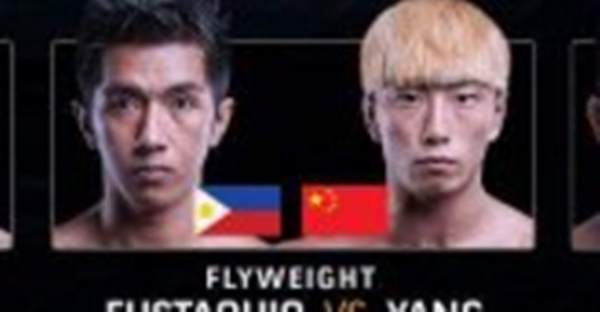 Advertisement
ONE Championship have released a statement about his death:

"The ONE Championship (ONE) family suffered a tragic loss when Chinese flyweight Yang Jian Bing passed away on 11 December 2015 at 12.06 PM due to cardiopulmonary failure. The formal hospital medical reports and procedures are still being carried out. He was 21 years old."

"Yang, a native of China was hospitalized at the San Juan De Dios Hospital in Pasay, Philippines, after a sudden collapse on the morning of 10 December 2015."

"At the hospital, Yang received the best medical care possible while ONE officials continuously updated his family directly from his hospital bedside."