McDonald’s Monopoly 2019: All you need to know

Calling all McDonald’s fans, it is this time of the year, the 2019 Monopoly competition is back again this spring

The fast-food giant has confirmed that the popular competition is set to be re-launched on Wednesday, 20 March. 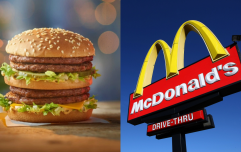 END_OF_DOCUMENT_TOKEN_TO_BE_REPLACED

According to McDonald’s, this year’s peel off prizes will be cheaper than ever before. The company has announced that they will not only remove the ‘go large’ incentive, but they will also increase the number of stickers provided for a medium Extra Value Meal to ensure customers receive the same opportunity to win, regardless of their order.

For the first time, customers will also receive Monopoly game piece on carrot bags and side salads as well as Big Flavour Wraps including the new Spicy Veggie One.

This year marks the 14th consecutive year of the ultimate prize-winning restaurant game licensed by Hasbro.

Last year, leftover Monopoly tabs were also allowed to be traded in for free NowTV passes, but there's no confirmation that the same way would apply.

The game will last for 6 weeks from Wednesday, 20 March to Tuesday 30 April this year, and you must be over 16 to enter the competition.

What is the McDonald’s Monopoly? 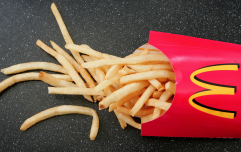 END_OF_DOCUMENT_TOKEN_TO_BE_REPLACED

It’s a promotion game of McDonald’s and Hasbro, which uses the theme of the latter’s board game Monopoly.

If you’ve never played before, it’s pretty straightforward to enter.

All you need to do is head to your nearest McDonald’s restaurant and order your food as usual either on your phone, on the in-store screens, or simply go to a customer service desk.

Once you get your food, all qualifying items will feature up to three game pieces on the side of their packaging 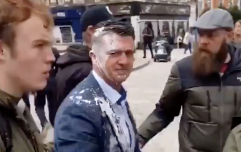 Tommy Robinson has milkshake thrown over him during Warrington visit

END_OF_DOCUMENT_TOKEN_TO_BE_REPLACED

Peel off the game pieces and check your prize. It can either be an instant win or a Monopoly-style property to add to your collection.

You can also pick up a McDonalds Monopoly board from the counter, which is usually a sheet or a little booklet.

This year’s board is still yet to be revealed.