Kimbo Slice died of heart failure, according to new reports

The MMA world was rocked by the sudden death of Kimbo Slice this week.

Kimbo, a former street fighter who featured in both the UFC and Bellator promotions, passed away on Monday night aged only 42. 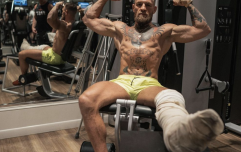 END_OF_DOCUMENT_TOKEN_TO_BE_REPLACED

It is now believed that Kimbo Slice (born Kevin Ferguson) passed away from heart failure and was in need of a transplant.

As the Sun Sentinel reports, Slice was admitted to hospital on June 3 describing symptoms of nausea, shortness of breath, and severe abdominal pain. Slice was then found to have a growth on his liver and to be suffering from congestive heart failure.

After being placed on a ventilator, the fighter passed away while being prepped for transport to a Cleveland medical facility.

Medical reports state Slice had "no history of illicit drug use, and trauma and foul play were not suspected in his death."

TMZ have also reported that there will be no medical examination following Kimbo's passing. Talking to the Broward County Medical Examiner to see if an autopsy would be needed, the news outlet was told: "We were informed of his death and after review of the circumstances, we declined jurisdiction. It is not a medical examiner case."

When asked if there was any further suggestions of substances in Kimbo's body, the medical  examiner chief responded: "No medical legal investigation, including toxicology is necessary." 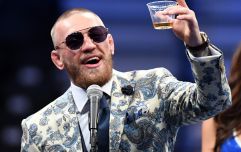 END_OF_DOCUMENT_TOKEN_TO_BE_REPLACED

Slice was scheduled to headline the Bellator 158 fight card in London next month against James Thompson. His son, MMA fighter 23 year old Kevin Ferguson Jr has already been ruled out as replacing him on the card.

"We are all shocked and saddened by the devastating and untimely loss of Kimbo Slice, a beloved member of the Bellator family," Bellator president Scott Coker said in a statement Monday night.