How the ECJ's landmark ruling and parliament's meaningful vote are inextricably linked, explained by the lawyer responsible

On Monday, the European Court of Justice ruled the United Kingdom could unilaterally withdraw its triggering of Article 50 without the permission of the European Union's other 27 member states. 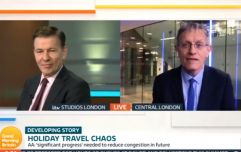 END_OF_DOCUMENT_TOKEN_TO_BE_REPLACED

With No 10 now declaring that parliament's meaningful vote on Theresa May's draft agreement could happen as late as January 21, just 67 days before the UK leaves the EU on March 29 2019 (as per Article 50), the court's ruling has serious ramifications.

Particularly if Theresa May's strategy for passing the vote is to use the proximity of departure, and accompanying risk of no deal, to pressure the House.

Jolyon Maugham QC is the lawyer behind the court decision. He explained its significance. 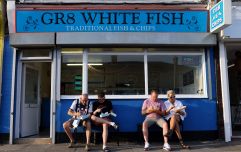 END_OF_DOCUMENT_TOKEN_TO_BE_REPLACED

Hello Jolyon. Could you explain the ruling today for us, in simple terms?

So it means we can cancel the Article 50 notice and keep the benefit of the opt outs and rebates that we presently have.

Could you lay out in legal terms how that has come about? 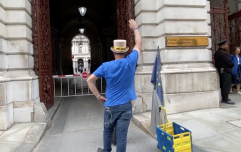 END_OF_DOCUMENT_TOKEN_TO_BE_REPLACED

So the first step was to persuade the Scottish courts to make that reference, they made their reference in October, we had the hearing in November and on Monday the court gave us this decision.

That’s quite a quick turnaround isn’t it, because rulings from the ECJ can take a bit of time…

Could you provide a little more detail about your personal role in the process?

I’m the guiding mind behind it, if you like. I had the idea of bringing the case in Scotland. I found Scottish lawyers, I brought in Scottish MPs, I financially underwrote the risks of the case, so I gave a personal indemnity for costs to all of the other parliamentarians. It's something I’ve been working on for a couple of years. I tried to persuade the claimants in the Gina Miller case to ask the same questions of the ECJ and I was unable to do it, so we made this attempt.

You touched on Theresa May’s decisions to delay that meaningful vote, what consequences do you think the ruling could have?

So what she's effectively admitted today is that she can’t get anything like parliamentary backing of her deal. Her deal, I think if it’s not dead it’s certainly in the intensive care unit. Really, there are three possibilities.

I think there are enough MPs who realise how damaging it would be that parliament would take control. Parliament is in charge here, not the prime minister.

The next possibility is Norway plus, that we'd stay in the customs union and the single market, the bits of the EU that we’d need would be very modest bits. But the difficulty with that is that we'd lose control rather than taking control. We wouldn’t be at the grown ups' table when important decisions about the laws that we would be subject to get made.

So those possibilities are both very flawed, what that leaves us with is Remain. What we now know is that Remain is cost free. Parliament can simply decide to give effect to what most polls show is the will of the people today and we can stay in the EU. If you ask yourself the question, might parliament cancel the Article 50 notification without a referendum today? The answer is probably not.

If you ask yourself a different question, what happens in February when parliament is panicking because there is no way out? Might then the idea of cancelling the Article 50 notice, saving the country from the disaster that would be no deal, be attractive? I think the answer to that question is quite possibly yes.

If you stand back from all the detail, I think the effect of the ECJ's ruling is to make Remain much, much more likely. JP Morgan released a report last week that said the decision had doubled the chances of Remain.

If she were in front of you right now, how would you advise Theresa May to best proceed?

She has to face reality at last. She has to recognise that baked into that Leave vote were two conflicting pictures of life outside the EU. There was a sort of nativist picture, where we would try and shut the doors on a globalised world, we would keep out immigration, we would raise trade barriers and we’d look inwards and another vision of the world represented in that Leave vote was a much more open, deregulated economy that really would open the doors to globalisation.

Dominic Cummings deliberately ran a campaign that allowed people to project both of those visions of life outside the EU onto their Leave vote and they are basically contradictory. Theresa May has never really sought to grapple with that inherent contradiction in the Leave vote.

I don’t think she has a mandate and I think that’s basically what it comes down to. She has to go and get a mandate, she hasn’t got one from the people who want contradictory things from Leave. She can’t get one from parliament, who won’t settle for her compromise. If you ask yourself, the country, do you want a nativist Britain outside of the EU? Do you want a deregulated Britain outside of the EU? Or do you want Remain? Of those three possibilities Remain is by far the most popular. So I think that does cause you to go back to the people.

popular
TikTok investigating Andrew Tate after users demand he’s removed from platform
Tens of thousands rush to sign-up to 'Enough is Enough' campaign - crashing their website
Stranger Thing's star Noah Schnapp slides into Love Island's Ekin-Su's DMs
Mum learns paedophile neighbour took over 50 pictures and videos of her as she sunbathed
Tourists left 'squealing' as thousands of venomous crabs invade UK beach
Asda slammed for 'embarrassing poorer families' with new product redesign
Boris and Carrie put south London home on the market for £1,600,000
You may also like
Politics
Jacob Rees-Mogg says he was 'wrong in the right way' about post-Brexit queues at Dover
Politics
British shoppers pay up to 50 per cent more than those in EU 'thanks to Brexit'
Politics
British government could have fixed Dover port problems in 2020 - but they opted not to
News
Cost of Brexit laid bare as divorce bill and lost output weighs heavy on UK
News
Sir Keir Starmer categorically rules out rejoining the European Union
Next Page