Unless you're very new to Snapchat, there's every chance you've tried using additional third-party apps to improve your experience with the social network.

Maybe you've tried finding ways to save snaps to your camera roll, or send your own pictures or videos in the opposite direction.

END_OF_DOCUMENT_TOKEN_TO_BE_REPLACED

While you probably need only a bit of trial and error to find out which of these apps function the best for what you're trying to do, it can be tougher to find out whether they're protecting your personal data to the same degree as Snapchat itself.

And a simple test on iOS from a security expert could spell bad news if you're using certain applications.

Security expert Will Strafach has been taking a closer look, and his company Sudo Security Group is preparing to launch the Verify.ly tool which helps you determine how safe various apps are for the user. 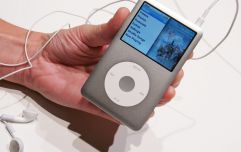 Your old iPod could be worth over £20K

END_OF_DOCUMENT_TOKEN_TO_BE_REPLACED

It will let you determine things like whether it's a smart idea to use certain apps on public Wi-Fi, and Strafach singled out a handful of Snapchat-related apps for 9to5mac.

Three of these apps - Snapix, Quick Upload and SnapBox - send information using non-secure connections, according to the expert.

In real terms, this means anyone using them on public Wi-Fi networks, for example in a cafe or library, is at risk of others being able to access their user credentials.

That won't necessarily cause problems - after all, there's no guarantee you'll run into someone savvy enough that they know how to make use of your details - but it's up to you whether you think it's worth the risk.