The Games' chief has admitted that athletes are "probably very worried."

An organiser at the Tokyo Olympics has become the first person to test positive for Covid-19 in the athletes' village. They are one of 15 Games-related cases reported on Saturday and are now quarantining in a hotel for 14 days.

END_OF_DOCUMENT_TOKEN_TO_BE_REPLACED

The BBC reports that the organiser initially tested positive on arrival in the country but returned a positive test at the village screening.

Organisers of the game had previously said that the athletes' village must be "the safest place in Tokyo."

"Athletes who are coming to Japan are probably very worried. I understand that," said Games chief Seiko Hashimoto.

"That is the reason why we need to make full disclosure.

"We are doing everything to prevent any Covid outbreaks. If we end up with an outbreak we will make sure we have a plan in place to respond."

The Games are being held in Tokyo this year after they were postponed last summer. However they will be played almost entirely without spectators after a state of emergency was declared in the Japanese capital until at least August 22.

The city is experiencing rising Covid cases and just 20% of the Japanese population has been vaccinated. 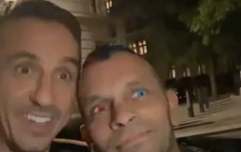 END_OF_DOCUMENT_TOKEN_TO_BE_REPLACED

There is widespread opposition amongst the Japanese public to the Olympics taking place, with a petition against the event getting more than 450,000 signatures this month.

In a news conference on Saturday, IOC president Thomas Bach said he "appealed to the Japanese people to welcome the athletes".

"We are well aware of the scepticism a number of people have here in Japan," said Bach.

"We ask and invite the Japanese people, humbly, to welcome and support the athletes from around the world.

"The Japanese can have this confidence [of a safe and secure Games] and we will try to continue this dialogue with them, knowing we will not succeed 100%.

END_OF_DOCUMENT_TOKEN_TO_BE_REPLACED

"But we are also confident once the Japanese people see Japanese athletes successfully performing in the Olympic Games then the attitude may become less emotional."

The Olympics are set to begin on July 23, with athletes and competitors being tested daily for the duration of the games.

popular
Man has hand ‘chopped off at the wrist in London after vigilantes corner him’
Factory worker fired for drinking beer nine hours before shift wins payout
First football match with no heading to take place this month
Lawyer hired hitman to kill him 'so son could collect $10m life insurance'
Missing Instagrammer Gabby Petito's last text suggests 'she may have been 800 miles from last sighting'
Driver punches cyclist after getting enraged at his riding group
Your penis shrinks as you get older, but this TikTok doctor explains how to prevent it
You may also like
Sport
Chris Sutton and Neil Lennon denied access to Rangers game over security fears
Sport
Michael Owen claims PSG are a weaker team because of Lionel Messi
Sport
Barcelona board held midnight meeting with Ronald Koeman after Bayern defeat
Sport
England move above France to third in FIFA world rankings
Sport
Mohamed Salah goes above and beyond with 3am recovery session after AC Milan win
Next Page