If his food is as good as his seasoning technique, we should all be excited about the prospect of a Salt Bae restaurant in the UK.

Nusret Gökçe became an internet superstar after videos of him preparing and cooking meat in his signature style went viral. It all started with an Instagram video...

Well, that's not entirely true. Gökçe isn't just a flamboyant seasoner of meat, he's a restauranteur and co-owner of the successful Nusr-et chain of grill houses, and lucky us - he's bringing one to the UK.

Gökçe told Turkish publication Hurriyet Daily News that he's planning to expand the Nusr-et empire to London and New York over the next few months.

When discussing the difficulties of setting up a business abroad, he said he didn't speak any foreign languages, but he “could communicate with people through meat.”

I am so grateful for the love from all over the world🌍Thank you for your support everyone. this is my email [email protected]#salt Bütün Dünyanın tadı tuzu oldun dediler 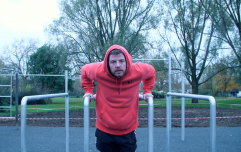 This gym is made from melted down weapons

END_OF_DOCUMENT_TOKEN_TO_BE_REPLACED

Gökçe also talked about the inspiration for his unique method of seasoning. “Actually that move at the end came automatically," he said.

"I did not do that to show off. It is just my signature. You can think of it a kind of final touch for a painting. It was a final touch to the meat; I was blessing the meat.”

May he bless all of our meat.