It is time to go truly hands-free behind the wheel

UK drivers will next week face a £200 fine as a new Highway Code comes into force, further tightening restrictions around using phones while behind the wheel.

END_OF_DOCUMENT_TOKEN_TO_BE_REPLACED

While it is already against the law to use a hand-held device while driving unless it’s an emergency, the new rules ban drivers from using the phone's camera, playing games, or scrolling through music.

The only exception to the rule is motorists will still be able to use their phone to pay for things like toll roads or at drive-throughs when the car is stationary.

Drivers can still use a “hands-free” device when driving, such as a sat-nav, but they must make sure they are driving responsibly.

As well as the fine, drivers will also get six points on their driving licence. 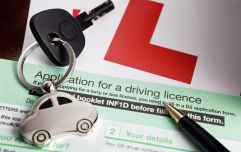 Exclusive: Inside the Facebook groups where driving instructors are making serious cash

END_OF_DOCUMENT_TOKEN_TO_BE_REPLACED

According to The Express, new research has found that around 1.79 million motorists will use their phones while on the motorway.

New roadside cameras are already being trialled to monitor people’s driving activity on the motorway and according to reports, one camera has caught around 15,000 drivers using their phones while driving.

The system used artificial intelligence to take photos of all drivers, with rule-breakers being automatically identified to face further action.

Previously, mobile phone laws were only enforceable by police witnessing the offences while driving alongside offending motorists. 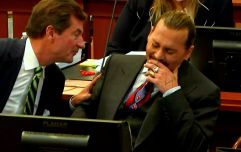 END_OF_DOCUMENT_TOKEN_TO_BE_REPLACED

Ryan Fulthorpe, an expert from GoCompare, said the trial has shown "the shocking number" of people breaking road laws while driving.

He said it is "clear that more needs to be done to enforce these safety measures to keep the roads as safe as possible for all road users".

"If the number of drivers caught using their phones continues to reflect the data suggested from the trial, we hope that the ability to effectively penalise those breaking the rules will act as a powerful deterrent to dangerous driving," he said, adding: "Hopefully, with more accurate and conscientious monitoring of road safety, we will continue to see the number of offences fall and safer roads as a result."

popular
Coca-Cola announces change to its bottles
Martin Skrtel retires from football due to health reasons
Sheffield United manager sparks chaos in Forest clash after aggressive move on Djed Spence
Wagatha Christie: Wayne Rooney describes 'awkward' moment he asked Jamie Vardy to get his wife to 'calm down'
Megan Fox reveals she 'cut a hole in the crotch' of her jumpsuit to have sex with Machine Gun Kelly
Amber Heard carried a make-up kit 'at all times' to cover bruises, court hears
UK’s Sam Ryder may have actually come third amid possible Eurovision voting scandal
You may also like
News
Tesla freezes, gets stuck at 83mph on freeway
Life
Video shows 'cold-hearted' delivery driver appearing to deliberately run over beloved pet cat
News
Child, 12, dies after car he was driving smashes into lorry during night
Life
Man found driving with alligator in his car facing criminal charges
Life
Elderly driver admits he's been driving without a license for 70 years
Next Page