"I am not condoning guns at games but if the police are going to be armed, I think that is the way forward"

Speaking to BBC Radio Wales, Cotterill said: “It’s a disgrace; very dangerous for the players because the pitch invader could have had a weapon or anything really, we need to stamp down on this as soon as possible."


“The guy who ran on the pitch has gone there to cause havoc, not watch the football. We need more security. I am not condoning guns at games but if the police are going to be armed, I think that is the way forward.

“It needs to be top-end stuff, the players need protecting more than anything else.

“Otherwise we are heading back to where we were years ago with giant fences… and that isn’t good for anyone who wants to enjoy the game.” 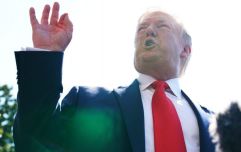 END_OF_DOCUMENT_TOKEN_TO_BE_REPLACED

Cotterill made over 100 appearances for Birmingham City over three and a half seasons before his contract was terminated by mutual consent in December 2017. He last played for ATK United in the Indian Super League, making three appearances, before retiring from football in October last year.

Paul Mitchell, the man arrested following the incident on Sunday, has pleaded guilty to assault and will be sentenced at Birmingham Magistrates' Court this afternoon. The court heard from prosecutor Jonathan Purser that ”Mitchell claims he was not intoxicated" and "did it as a joke."

He has been banned for life by Birmingham City Football Club.