The biggest crackdown on digital currency yet

China's central bank has declared all cryptocurrency-related transactions are now illegal and stated that foreign exchanges are banned from providing services to Chinese residents.

END_OF_DOCUMENT_TOKEN_TO_BE_REPLACED

If you actually know what crypto is and you know how to trade it, then you could be in China's eyesight for future investigation.

Bitcoin, Ether, and other cryptocurrencies "are not legal and should not and cannot be used as currency in the market," the People's Bank of China said in a statement on Friday, reports Insider.

China's central bank explained that the ban is due to three reasons. Virtual currencies do not have the same legal standing; they are issued by non-monetary authorities and use encryption technology.

Amid the announcement, Bitcoin dropped 5.7 per cent, according to data from CoinDesk. Insider reports that Ether also lost 9 per cent, ada declined by 3 per cent, Ripple's XRP dropped 7 per cent, and Dogecoin fell by 8 per cent.

The buying and selling of virtual assets are now considered illegal, as are intermediary services for Cryptocurrency transactions.

Basically, if it's related to crypto, you can't do it in China.

"Those who carry out related illegal financial activities (that) constitute a crime shall be investigated for criminal responsibility in accordance with the law," the statement said. 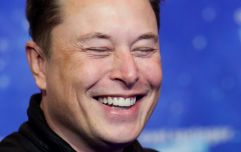 END_OF_DOCUMENT_TOKEN_TO_BE_REPLACED

"The provision of services by overseas virtual currency exchanges to Chinese residents through the internet is also an illegal financial activity," it said.

The PBOC said that crypto had disrupted the financial stability in China, hence why the ban is coming into effect. They also said that it had given way to other illicit activities, including fraud, gambling, money laundering and pyramid schemes.