Thankfully, Borussia Dortmund's players and staff escaped serious injury after explosions went off close to their team coach on Tuesday.

Defender Marc Bartra was treated in hospital for a broken hand after three explosive devices were detonated near the bus as they departed for their Champions League quarter final first leg against Monaco. 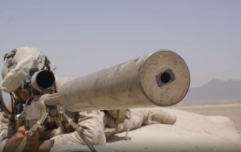 END_OF_DOCUMENT_TOKEN_TO_BE_REPLACED

The game was postponed by Uefa following the incident, taking place the following day.

Monaco won the game 3-2, although a post-match interview with Dortmund's Nuri Sahin offered a glimpse of how shaken the German team were by the events.

Now, according to German journalist Freddy Röckenhaus, Dortmund players were shaken further ahead of their rearranged game as further details of the explosions emerged. Speaking to the BBC, Röckenhaus explained how captain Marcel Schmelzer told him how the discovery of nails in coach headrests had brought home to the players how close they came to potentially losing lives.

"Schmelzer told me it was the lowest point in the mood of the players when they heard about in a [police] press conference how metal nails were found in one of the headrests," Röckenhaus explained.

"Marcel said: 'that was absolutely worse because then, only then, we really realised how far we were from total disaster and losing lives.'"