The cars that are included in this recall are 1 Series, 3 Series, X1 Series and Z4 models.

BMW has announced a major UK recall due to an electrical fault that has caused some of its vehicles to cut out. 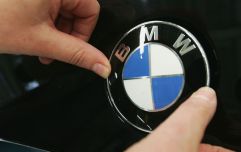 BMW drivers officially more likely to be psychopaths than other drivers, study finds

END_OF_DOCUMENT_TOKEN_TO_BE_REPLACED

Approximately 312,000 of the German automakers cars have been affected by the issue in the UK. The cars that are included in this recall are 1 Series, 3 Series, X1 Series and Z4 models manufactured between 2008 and 2011, and include both diesel and petrol models.

Initially, the automaker issued a recall to 36,000 owners in the UK following the death of a 66-year-old man who swerved into a tree on 25 December, 2016 while attempting to avoid a BMW that had suddenly cut out due to an electrical fault.

This could cause the vehicles to shut down all lighting systems, such as hazard warning lights, brake lamps and headlights.

The issue will be highlighted as part of an investigation carried out by BBC's Watchdog consumer protection programme, which will be broadcast on BBC1 at 8pm on 9 May.

In a statement, BMW said: "We now recognise that there may have been some cases of similar power-supply issues in vehicles not covered by the original recall. In order to reassure customers with concerns about the safety of their vehicles, we are voluntarily extending the recall.

"We are therefore announcing today that we will take the proactive step of expanding the existing UK recall to cover all vehicles potentially affected by the power-supply issue."

popular
Patrice Evra slams Jamie Carragher for criticising Cristiano Ronaldo
Machine Gun Kelly stabbed himself in front of Megan Fox to look cool
Horrifying footage shows cop fatally shoot man in wheelchair 9 times
Arthur Labinjo-Hughes: Dad and partner found guilty of killing boy who was tortured and starved
Prince Andrew 'flew with sex slave' who was 'frozen with fear', court told
Arsenal score bizarre goal against Man Utd with David de Gea down injured
Frank Lampard admits he 'felt terrible' over comments he made about Paul Pogba
You may also like
News
In a severe case of irony, Rolls Royce cars may now be made in Germany due to Brexit
News
Most Omicron cases 'mild' and no evidence vaccines may be less effective - WHO official
Entertainment
There's a petition to stop interviewing Will and Jada Smith so we can all be 'free'
Entertainment
Lovely Bones author apologises to exonerated man who spent 16 years in prison for her rape
News
Shocking CCTV footage shows robbers dressed like Harry Potter villains during jewellery heist
Next Page