BMW drivers officially more likely to be psychopaths than other drivers, study finds

Anyone surprised by this?

A new study has found that BMW drivers are the most likely to be psychopaths.

END_OF_DOCUMENT_TOKEN_TO_BE_REPLACED

The research from Scrap Car Comparison tasked 2,000 drivers of varying car makes and models to complete the ‘Psychopath Test’- a twelve-question survey that is able to define where a person falls on the psychopathy scale and therefore how likely they are to exhibit abnormal, anti-social behaviour.

Ranked on a scale of zero (no psychopathy) to 36 (psychopathy likely) the average score across all participants was 6.6.

Although not for BMW or Audi drivers, who both scored well above average.

BMW drivers scored 12.1 across the board, with Audi drivers just behind in second place with an average score of 11.7.

Third place is perhaps a surprise though. It turns out that Fiat drivers need to be watched out for, although their score of 7 is much closer to the average score across all drivers.

At the bottom of the list were Skoda drivers, who scored just 3.2 on average.

END_OF_DOCUMENT_TOKEN_TO_BE_REPLACED

The research also found that people with electric cars had the highest levels of psychopathic personality traits across the entire study. They scored 16 out of 36 on average.

Meanwhile the most psychopathic car colour to have is gold. Which sounds about right.

Those with personalised number plates were also found to have more than double the levels of psychopathy than those who don’t, scoring an average of 13.8 on the test, versus the calmer 5.3 scored by those with standard plates.

However there's no need to worry it seems. A score of 19 or above is needed to indicate possible psychopathy, with any lower score indicating no psychopathy. 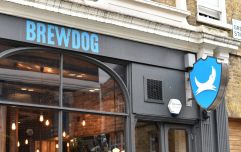 Brewdog to sue BBC over allegations made in new documentary

END_OF_DOCUMENT_TOKEN_TO_BE_REPLACED

Dan Gick, Managing Director of Scrap Car Comparison commented: "The popularity of true crime documentaries has resulted in a worldwide fascination with psychopaths. So, we were curious to discover whether there was any correlation between the car you drive and where you might sit on the psychopath scale.

"While our findings might back up some existing stereotypes of drivers who are unsafe on the road, it’s worth noting that none of the levels seen in our study were any cause for concern, and while certain TV shows or films might trivialise what it means it be a psychopath, it is a condition that should be taken seriously."

He added that the priority is staying safe while in your car, whether that's a "BMW or a Skoda."

Unless you drive a gold, electric BMW with a personalised number plate, in which case you are definitely a psychopath - but you probably already knew that.