Well, this is awkward

The average number of sexual partners for the UK has been revealed and let's just say a lot of us might need to book in for some catholic confessionals.

Using 35 countries from across the globe, Men's mental health platform Manual has done the immensely important work of uncovering how many partners men in the UK have in their lifetime.

The UK sits in the middle/Graphic courtesy of Manual
Advertisement

While many of us are out on the town racking up a higher body count than the average gamer on Call of Duty, it turns out the national average is only 9.8 sexual partners. 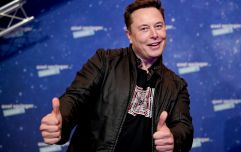 END_OF_DOCUMENT_TOKEN_TO_BE_REPLACED

Guys with lion tattoos and skin fades are shaking in their brogues because that's 9.8 in a lifetime, not a week.

Dr Earim Chaudry, Medical Director of Manual, said: “While people in some countries prove to have more sexual partners than others, it is important not to compare yourself to these figures.

“Safe, consensual sex should always also be practised, and the number of sexual partners does not correlate with a man’s level of satisfaction with their sex life.” 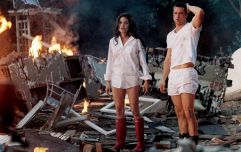 END_OF_DOCUMENT_TOKEN_TO_BE_REPLACED

At the top of the board comes Turkey with a national lifetime average of 14.5 sexual partners, followed closely by Australia with 13.3, New Zealand with 13.2, Iceland with 13 and South Africa with 12.5.

Great Britain is ranked in the middle, with Japan above us at 10.2, and Austria just below us at 9.7.

Countries with the least amount of sexual partners are locations like India with 3, China with 3.1, and Slovakia with 5.4.