END_OF_DOCUMENT_TOKEN_TO_BE_REPLACED

Alex Jones, 48, had falsely claimed that the 2012 Sandy Hook massacre was a "giant hoax" and had been designed by the US government and mass media to impose stricter gun laws. In November 2021, the Donald Trump supporter was found guilty on all four counts of defamation filed by the families of the victims.

Jones has filed for voluntary Chapter 11 bankruptcy protection for Infowars, IWHealth, and Prison Planet TV. Such a move pauses all civil litigation matters, allowing a business, or multiple in Jones' case, to prepare turnaround plans while continuing operation. 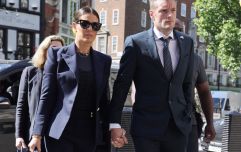 END_OF_DOCUMENT_TOKEN_TO_BE_REPLACED

According to court documents filed in the US Bankruptcy Court for the Southern District of Texas on Sunday, InfoWars has estimated assets in the range of $0-$50,000. Their liabilities are between $1 million to $10 million.

In the wake of the horrific Sandy Hook shooting, Jones had claimed that the tragedy was "completely fake with actors." But in October 2021, Judge Maya Guerra Gamble found Jones liable for the damage caused by his fake claims, citing that his "failure to comply is greatly aggravated by consistent pattern of discovery abuse throughout similar cases pending before this court."

She added: "The court finds that defendants’ discovery conduct in this case is the result of flagrant bad faith and callous disregard for the responsibilities of discovery under the rule." 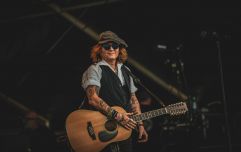 END_OF_DOCUMENT_TOKEN_TO_BE_REPLACED

Jones offered to pay each of the 13 plaintiffs $120,000 to settle the case, but they rejected the offer.

“The so-called offer is a transparent and desperate attempt by Alex Jones to escape a public reckoning under oath with his deceitful, profit-driven campaign against the plaintiffs and the memory of their loved ones lost at Sandy Hook," they said in a statement.