Three earlier defamation cases against Jones were ruled in October

Far-right broadcaster and conspiracy theorist, Alex Jones, has been found guilty by default in all four defamation cases brought by the families of victims of the Sandy Hook school shooting tragedy.

END_OF_DOCUMENT_TOKEN_TO_BE_REPLACED

A Connecticut judge issued rulings on the fourth lawsuit on Monday after Jones refused to turn over documents ordered by the courts, including financial records, The New York Times reported.

Three earlier defamation lawsuits brought against Jones and his Infowars media outlet - in Texas where it is based - were ruled in October. 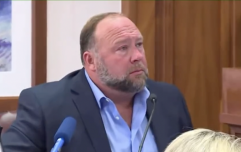 END_OF_DOCUMENT_TOKEN_TO_BE_REPLACED

Twenty six people, including 20 schoolchildren, died in the shooting in Newtown, Connecticut on 14 December 2012.

The latest ruling means all four lawsuits brought by the families of 10 victims in Texas and Connecticut have won their cases against Jones who, for years, claimed the shooting was a “false flag” operation engineered by the government to confiscate Americans' firearms.

Jones had claimed on his radio show and website that the shooting was "completely fake with actors" and was a "giant hoax" which led to the families of victims being abused and harassed.

The Sandy Hook families maintained that Jones profited from spreading lies about their relatives’ murders. While Jones disputed that, he failed to produce sufficient records to prove it.

Juries in both states will next decide how much Jones should pay the families in damages, atop court costs, the NYT reported.

Those trials are scheduled for next year in both states.