The Ballon d'Ors were awarded on Monday night. Ada Hegerberg and Luka Modric claimed the coveted award in their respective female and male categories.

Hegerberg is the first ever winner of the newly awarded female prize, making history. Modric is the first man to win the award since 2007 that is not called Cristiano Ronaldo or Lionel Messi.

Superb performances for Lyon won Hegerberg the trophy, including a goal in the Champions League final - a 4-1 victory against Wolfsburg. 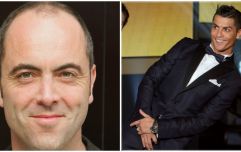 END_OF_DOCUMENT_TOKEN_TO_BE_REPLACED

After Hegerberg was announced as the first ever female winner of the Ballon d'Or, DJ Martin Solveig asked her if she could twerk. The Norwegian replied with a blunt 'no' and walked off.

Just do the right thing and remove him from your Spotify library already. (Solveig not Ginola.)