87 million pints to be wasted by Covid pub closures

The amount of beer wasted would have exceeded £300m in sales

Pub closures during Covid-19 lockdowns will see up to 87 million pints of beer wasted across the UK, according to the calculations of an industry body. 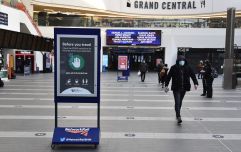 END_OF_DOCUMENT_TOKEN_TO_BE_REPLACED

The pub industry has been hit incredibly hard by the closures. Using industry feedback, The British Beer and Pub Association worked out that around 70 million pints of beer were disposed of during the first lockdown last year.

Another 10 million is expected to be thrown away during the current lockdown, the BPPA have found, with the total of beer wasted during the restrictions amounting to a staggering £331m in lost sales.

BPPA chief executive Emma McClarkin has again called on the government to offer more help to publicans in the Budget.

"Pubs and breweries are effectively having to pour their businesses down the drain," she told the BBC.