The Internet is not happy with Minaj

Nicki Minaj is under fire after claiming a family friend was rendered impotent after having the Covid-19 vaccine. 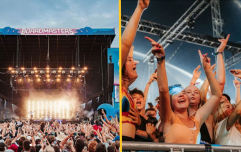 END_OF_DOCUMENT_TOKEN_TO_BE_REPLACED

Though the Met Gala usually happens in May, the pandemic had meant that the event took place on September 13. While Minaj, 38, is usually in attendance, she tweeted out that the Met required proof of vaccination to attend, leading her to bow out of the event.

“They want you to get vaccinated for the Met,” she tweeted.

“If I get vaccinated it won’t [be] for the Met. It’ll be once I feel I’ve done enough research. I’m working on that now. In the meantime my loves, be safe. Wear the mask with 2 strings that grips your head & face. Not that loose one.”

Minaj, real name Onika Tanya Maraj-Petty, in a separate tweet claimed her cousin's friend had "swollen" testicles and became "impotent" after getting his vaccine.

Ah, yes — your one spurious and ridiculous anecdote versus the 99% of people vacccinated without a hitch… https://t.co/tSI78Ww3Cw

But the internet was quick to correct the Chun-li singer.

"Imagine not getting the vaccine cuz an artist you like has a cousin who says his friend got swollen nuts," said American DJ Peter Rosenberg.

I was about to argue with nicki Minaj on the internet about about anecdotal evidence/ science / swollen nuts and…..just took a sip of whiskey and thought “what fucking world is this?” https://t.co/1i4SuPUZGb

"Ya know how at the end of drug commercials they read off a long list of side effects? Be great if Pfizer did this one. "Do not take the COVID vaccine if your cousin's friend's balls get so big he can't get a boner, and then his bae calls off their nuptials." said journalist Jeremy Newberger.

Political analysts of the Palmer Report highlighted how Twitter should take down inaccurate posts, writing: "Twitter should remove this medically inaccurate tweet before it gets people killed."