Lady Gaga is to pay her dogwalker's £70,000 medical bills, after he was shot by dognappers. 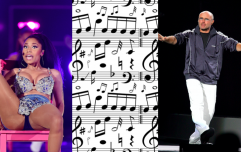 END_OF_DOCUMENT_TOKEN_TO_BE_REPLACED

The singer’s dogwalker Ryan Fischer was hospitalised in the robbery on Wednesday, and her two French bulldogs Koji and Gustavo were stolen. A third dog, Miss Asia, managed to run away, and was later found by police.

Fischer was found by police in a "grave" condition following the attack, but his family has said he is now expected to make a full recovery.

A source close to the singer told the newspaper: "Gaga feels horrendous about what happened to Ryan and wants to make sure he is looked after."

"She absolutely adores him and is forever indebted to him for his bravery."

"She also wanted to compensate him for lost work, and has been wishing him a speedy recovery."

Koji and Gustavo were returned to the Olympic Community Police Station in Los Angeles by an unidentified woman on Friday.

The woman was "uninvolved and unassociated" with the robbery, Los Angeles Police Capt. Jonathan Tippet confirmed.

Prior to the dogs being handed in, Lady Gaga offered a $500,00 reward for their safe return on Instagram.

"My beloved dogs Koji and Gustav were taken in Hollywood two nights ago. My heart is sick and I am praying my family will be whole again with an act of kindness," wrote the singer, whose real name is Stefani Germanotta. "I will pay $500,000 for their safe return."

"I continue to love you Ryan Fischer, you risked your life to fight for our family. You’re forever a hero."