What is with all the BABIES lately?

There is definitely something in the air these days, from Bindi Irwin announcing her pregnancy just yesterday, to glorious names coming out of our own Irish celebrity circles. The juices are well and truly flowing and it looks like baby fever is definitely here to stay. The latest to be reportedly expecting a musically talented bundle of joy is Ed Sheeran and his wife Cherry Seaborn. 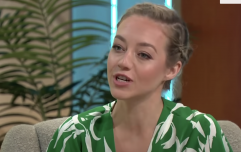 END_OF_DOCUMENT_TOKEN_TO_BE_REPLACED

Ed recently took a break from social media, now to be fair... he absolutely loves breaks from social media so that didn't raise any eyebrows but shortly after the announcement lockdown hit.

Sources close to the couple told The Sun that Cherry has been pregnant for the majority of lockdown and is just weeks away from giving birth!

The pair have obviously been keeping this a closely-guarded secret but are said to be "over the moon" with the news. After his social media break, Sheeran's manager Stuart Camp even hinted that a teeny musical prodigy could be on the way soon

"He won't sit still for long, he's not the holiday sort. But things may change, he could have a young family relatively soon".

END_OF_DOCUMENT_TOKEN_TO_BE_REPLACED

Look, if there's ever a time to hide away from the world and conceal a pregnancy, lockdown would be it! The 29-year-old pop star and his former schoolmate were married in December of 2018 in an intimate ceremony attended by close friends and family. In true Ed Sheeran style, he announced the engagement after the fact, so we may not be hearing anything soon from the childhood sweethearts, but by GOD are we looking forward to the music this will produce!