Sick of your partner stinking out the bed? You're in luck: you can now get yourself anti-fart sheets - and just in time for Christmas, no less. 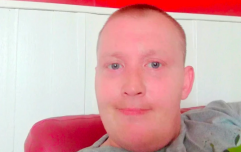 END_OF_DOCUMENT_TOKEN_TO_BE_REPLACED

Shreddies is a flatulence filtering fashion and home brand that specialise not only in anti-fart sheets but underpants, jeans, pyjamas and even cushions. That being said, the bed is a shared space of solace and any attempt to combat potential olfactory threats towards that safe place should be appreciated.

According to the company, the "flatulence filtering garments feature an activated carbon back panel that absorbs all flatulence odours. Due to its highly porous nature, the gas becomes trapped and neutralised by the cloth, which is then reactivated by simply washing the garment." They even offer anti-incontinence pants.

The company was founded back in 2009 in Leicestershire with one primary goal: to create high-quality undies that hide the smell of farts. That being said, the benefits are not only to save you the embarrassment but to bring a more hygienic alternative onto the underwear market.

As for the description of The Flatulence Filtering Duvet Cover itself, it includes a similar "inbuilt carbon panel to trap flatulence gases before they escape through your duvet."

They go on to explain how: "You can simply insert your own duvet into the cover and your gas will be discreetly filtered all night long" and by "using the same technology found in our award-winning underwear, the porous carbon attracts and traps flatulence odours and is simply reactivated when washed."

While the bedding options themselves cost a fair bit - the sheet setting you back £110 while the full duvet cover costs £180 - it is an undeniably ingenious innovation and it's all a question of how much you're willing to spend to save yourself from your spouse's chemical weapons.

However let's be honest, they're for you really, aren't they? Spare them the nasal assault this Christmas.