They say there's no bond quite like that of a mother and daughter and this family unit shares everything - including the daughter's husband! 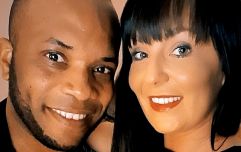 END_OF_DOCUMENT_TOKEN_TO_BE_REPLACED

Madi Brooks recently went viral on TikTok - not because of a funky dance or some crazy make-up look - but because she spoke candidly about her swinger lifestyle. Though Madi is married, she and her mother are swingers and often swap partners at parties and events.

Speaking in a video, she says: "Me and my mom are both swingers and it's great, you know why? Because when I'm not in the mood I can just let my husband have her. 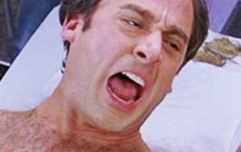 END_OF_DOCUMENT_TOKEN_TO_BE_REPLACED

Madi's video detailing this unusual lifestyle has now received upwards of seven million views, with thousands of people dying to know more in the comments.

She continues to say she allows her husband to "have" her mother a few times a week. If her husband still isn't satisfied, then sometimes her sister "plays" with her husband too.

END_OF_DOCUMENT_TOKEN_TO_BE_REPLACED

"You wanna know how I keep my man happy? I let him play with my little sister," she adds.

"I made a wrong turn somewhere," says one person.

"Swingers is one thing, but this is whole other Jerry Springer show," wrote another.

Swinging culture centres around the idea of polyamorous relationships, though it is centred around sex as opposed to numerous long term relationships.

It is believed that swinging officially began amongst Air Force pilots in World War II. Because the mortality rate was incredibly high, pilots would take care of other wives if a comrade died in battle.

At its core, polyamory has existed just as long as humans have.

In ancient Mesopotamia, though the strict Hammurabi's code governed all life matters, society still allowed for Polyamory. Naturally, this practice turned into men having numerous concubines and it wasn't until the 1960's that polyamory became popular in the west once more.