You can tell a lot about a person based on the phone case they choose to put on their cellular device.

END_OF_DOCUMENT_TOKEN_TO_BE_REPLACED

For example, if someone has a novelty case, they are obviously a massive fucking legend who answers to no man. Alternatively, if they've got no cover at all, they are the toughest person alive and probably taught Conor McGregor everything he knows.

Simply match the phone case most similar to yours below and prepare to be enlightened about yourself.

What a perfectly well-adjusted person you are. Nobody could ever suspect that such a transparent phone case owner would have anything to hide. You are an open book, right? Cut from an honest cloth, rarely veer from the norm, right? Except that you're not. That's precisely what you want everyone to think. People see the clear cover and presume innocence. But you've got a sick little secret, haven't you? Something you've spent years trying to bury deep inside for fear that anyone would ever figure it out. Loved ones, friends, family, nobody's twigged it. Until now. 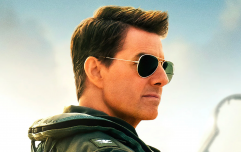 END_OF_DOCUMENT_TOKEN_TO_BE_REPLACED

I've got your number, pal. I know what you're hiding. You eat pistachio nuts wrong, don't you? Not wrong by your definition, but by society's. Rather than snapping the shell open to procure the delicious nut inside, you do things a little differently. Yeah, I've seen you. You break the shell off, eat the nut, then suck on the shells for a little while because you are, for lack of a more sanitised word, a complete pervert. Your phone case isn't fooling anyone. Grow up and get some decency, then get a phone case that says 'Pervert' on the back, you big fraud.

Goodness, thank you for taking some precious time out of your busy schedule to read this article. You are an incredibly important and successful businessman so this is a huge honour for me to have your attention for the briefest of moments. Your phone case provides you with extra battery because you are on your phone from morning until night. Calls, texts, emails, Instagram stories, your day is longer than most people's and the quality of your work is a testament to that. Not everybody could be the junior supervisor at the Rubik's Cube factory. Just you.

You take calls loudly on public transport because business simply doesn't wait for any man. You'll use terms like "synergy" and "innovation" for all to hear so that there can be no doubt among fellow commuters that you are indeed A Very Important Man. With that said, you work hard but also play hard. Sometimes you'll go for a beer after work, it's no big deal. Your phone isn't going to run out of battery, that's for sure. Your parents, whose house you still live in, are incredibly proud of their special little business boy. Get out there and take over the world, champ!

Step aside please folks, we have got a very trendy individual amongst us today and we must all be very careful not to step on their loafers with our grubby inexpensive footwear. You've got some cash, haven't you? So much so that you've dropped over £1k on an iPhone X so that your wealth is visible for all to see. But how can you protect it? With a flashy branded phone case, obviously. The brand doesn't even matter, it just needs to be visible from space so that everyone knows your bank balance has more than two numbers before the decimal point.

Sure, Gucci's phone case designers don't know anything about a phone's weak spots that require necessary reinforcement in the event of a fall, but they sure know how to embroider a logo onto plastic, so it was game, set and match made in heaven for you from the outset. But alas, there's a flaw in your plan. You bought this cover to show off how rich you are, but surely if you had an abundance of cash, protecting your phone wouldn't be a huge point of concern. You'd simply drop another K on a new one if it received a scratch? Come to think of it, there isn't an 'E' at the end of Gucci. Hang on a second, IS THAT A FAKE?

What a surprise, I didn't realise there'd be An Absolute Fucking Legend joining us here this evening. What a treat. Surely you've got better things to be doing tonight, such as drinking precisely one pint of cider and then confessing your undying love to a girl that you met in a nightclub once and have not gotten a reply from her or follow back on any social media platform since. You just love a night out, don't you? Love to escape the harsh realities of life by having a laugh with your mates. Ugh, the banter. The insatiable banter of it all.

Except your mates have all moved on now. They're getting married, having kids, getting promotions. You've fallen back a bit in life, come to think of it. Being the life and soul of the party is all fun and games, but you're the one going home alone every night. Meal for two for one lifestyle. Spending as little time at home as possible so you can escape the deafening thoughts of inadequacy. Aw brilliant phone case though, it looks like a vintage phone. Hilarious. Like that guy off Trigger Happy TV. "HELLOOOOO", haha, brilliant.

Aren't you a quirky soul? Combining the function of a wallet and phone case into one easily consolidated piece of kit that's easier to lose than two separate items at once? Clever clogs over here, I bet you did very well in the A levels? Oh, what do you mean school didn't suit you? Couldn't conform to the structural ideologies that they demanded, is it? Or maybe you're a lazy sod who talks the big talk but never actually delivers. Maybe we could get in touch with your old head of Sixth Form for a quick reference? Oh, he's not available right now? Funny that.

You are a spoofer. You're all talk. Those who can, do. Those who can't, well, they just talk about how easy it is to do without ever actually doing it. At Uni you always lagged behind in group projects, but somehow emerged with decent results because everyone else carried you through. When are you going to take stock of your life and start making an effort? Your father and I are sick of it. All the lies, the bullshit. Get it together. You've got a bright future ahead of you. If you put as much effort into work as you did trying to get a Snapchat streak, you'd be unstoppable. Sorry to be hard on you mate, it's just because I care so much.

You're a risk-taker, always have been. Sometimes you'll try something new from the Indian because nothing scares you. You're not even afraid of dying, in fact, you welcome it. Your biggest regret will be not getting to take your carefully accumulated wealth with you to the afterlife. It's been sitting in a super saver bank account along with the money you've earned from as far back as your 12th birthday party. Do me a favour, live your life, will you? Just get your head out of your backside and live a little. Also, get a cover. Your phone is scratched to shit and you're in a world of trouble if you drop it. Get your shit together.

popular
Praying man who said 'see you in heaven' tries to open door mid-flight
Incredible case of the only known individual whose parents were two different species
Knifeman spotted fleeing scene after OAP busker is killed
TikTokers are utterly convinced there is a secret zombie apocalypse going on in China right now
People want ‘offensive’ Crown Paints advert banned after attracting hundreds of complaints
Darius Danesh opened up about his health struggles before his tragic death aged 41
The FootballJOE Pub Quiz: Week 50
You may also like
News
Journalist barred from Alabama execution because her skirt was 'too short'
Fashion
Kate Moss details horrors of fashion industry and how she was asked to go topless at 15
Entertainment
Brad Pitt turns up to Bullet Train premiere wearing a skirt
Entertainment
Florence Pugh goes viral after slamming 'vulgar' men who tried to shame her over see-through dress
News
Liam Gallagher is getting rinsed for endorsing Clarks but the collaboration makes perfect sense
Next Page