Ronaldo has broken the internet in one simple gesture

Ronaldo has broken the internet in one simple gesture, removing two Coca-Cola bottles during the press conference. In addition to reportedly putting a dent in Coke's market value, Ronaldo has highlighted the empty gesture of product placement. 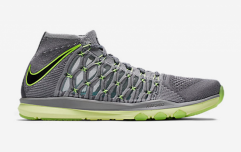 END_OF_DOCUMENT_TOKEN_TO_BE_REPLACED

Described as "a marketing technique where references to specific brands or products are incorporated into another work," product placement is in practically every form of contemporary media.

Aston Martin has become a vehicle related to luxury and decadence, to be owned by any man in a three-piece suit and a penchant for shaken cocktails. This isn't just down to the leather interiors and a quality product, but its placement in Bond films for decades.

The general theory behind product placement suggests that viewers will see their favourite celebs using the product and then immediately seek to buy it themselves. But does this work?

Despite a massive proportion of people saying they would not buy something simply because they see it on TV, product placement is still a viable marketing tactic. Psychology Today reports that Reeces Pieces saw a 65 per cent increase after its chocolate was shown in ET: the Extra-Terrestrial. One theory suggests that the emotions we feel towards celebrities, TV shows, and films are transferred onto the products we view in them. For instance, in ET's case, the colossal adoration felt for the movie also became synonymous with Reeces Pieces.

But in 2021, the world does not so easily succumb to the allure of genius product placement. Satirical depictions like in Wayne's World have highlighted the absurdity of buying a product because a paid celeb has told you to do so. 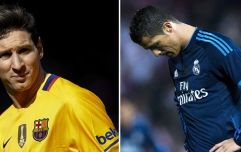 END_OF_DOCUMENT_TOKEN_TO_BE_REPLACED

Endorsing Dorito's or Coca-Cola is one thing, but things get morally questionable when your favourite tennis player is clad in a Rolex during Wimbledon. Not that he would have bought the Rolex himself, Roger Federer has a net worth of around $450m, so of course, he is the target demographic for one of the most luxurious watch brands on the planet.

If a brand's values are commendable, then athletes and celebrities would naturally align with them anyway, despite the promise of a hefty bank cheque. But, in the case of Federer, where he earns $9m a year, there is a disconnect between the audience and the athlete. He is being paid an obscene amount to tie his brand to Rolex, when in actual fact, his image should not be capable of being bought.

Angelina Jolie, the actress turned humanitarian, is now a supporter of numerous organisations that include: HALO Trust, UNICEF, and Vital Voices. She covers all of her costs herself, so her endorsement of the cause is solely based on shared values. I am far more likely to buy or support a brand if a celebrity isn't paid to like them. You simply cannot trust it.

Perhaps Ronaldo will be the first celebrity to shun product placement, and hopefully, more will follow. Endorse things that matter to you, that align with your own values; that way, enormous fanbases will also become involved in that passion project

How much could you be bought for?