Seven questionable religious paintings that need to be discussed this Easter

Full disclosure, I'm not above admitting my shameful ignorance of not getting art. There's maybe four paintings I've seen in my entire life that made me raise my eyebrow slightly in approval, then I immediately got back to living my life. It's just not for me and I've therefore accepted that I am an uncultured swine and ultimately, scum.

Particularly surrounding Easter, bizarre religious paintings tend to emerge in various places and we're all subjected to nothing short of absolute tripe.

Here's seven of the worst Jesus paintings I've seen in my ignorant life. 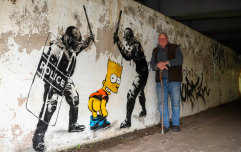 END_OF_DOCUMENT_TOKEN_TO_BE_REPLACED

This particular depiction of the moment Jesus was betrayed is maybe the funniest thing I have ever seen, and I've watched The Big Bang Theory more than once. (That's a joke, nobody has watched BBT more than once). In this image, we see a Steve Buscemi / Danny DeVito hybrid being molested by Mick Hucknall while Noel Gallagher and the grandad from Hey Arnold look on in delight. Grandpa Phil is wearing a literal nappy on his head and raising what is sure to be the lankiest beer of all time.

Jesus is so unbelievably sick of Judas' shit at this point, he's not even moderately perturbed by his hand cupping his religious little man boob. The guy in the background handing out toothpicks had the good sense to at least try to conceal his identity, but we can very clearly see that it's Ed O'Neill. Also, not to call bullshit on the entire thing, but why did Judas have to kiss Jesus? We need to question whether it was absolutely necessary or was he just fulfilling a lifelong desire to smooch his mate? 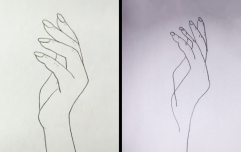 END_OF_DOCUMENT_TOKEN_TO_BE_REPLACED

Phillippe de Champaigne, as well as a plagiarist, is a leg fetishist. Leo da Vinci already had this painting all sewn up, so he appears to have decided to spice things up a little with one of the meatiest calf muscles many of us are ever likely to see in our sheltered little lives. Everything's just a bit too convenient in this painting, almost as if it's the setting of a sitcom where the camera can get a good angle on the table. The guy two seats to Jesus' right hand side is clearly getting some beer for the table, so he is by default the best one. The Chandler, if you will.

There's absolutely no need for that leg to be the scene-stealer that it is. It could've quite easily been covered by that monstrous mustard robe, in fact it would've been far easier for the painter to do so. It's borderline aggressive. The definition in those muscles scream cross trainer and given that this allegedly took place thousands of years ago, it's unlikely they had one lying around. So how did he achieve such a well-defined calf? From kicking the habit of assumptions, probably.

I didn't plan on having two Last Supper paintings in this article, but when I saw this particular one I was struck down with a series of questions that I will now go through because I need to get them out of my system. Your patience is appreciated.

That concludes this week's Question Time. Thank you for your attention.

The Whipping Of Jesus

There's a lot going on here, but thankfully the name sheds quite a bit of light on the proceedings. The man doing what appears to be his fair share of whipping is wearing unnecessarily tight pants, but they way they're creasing on his left leg suggests that they're not made of tight material, so possibly netting? It also seems a pointless exercise in blindfolding Jesus as he's being whipped since he knows who they are and he's going to die anyway (or is he?).

The guy coming in for a thump wouldn't know whipping if you came up behind him and, well, whipped him. Those fists of fury are prime for a beating and that's exactly what he intends to do. His buddy on the right, Mickey Rourke, is egging him on like the punch-up hungry vulture that he is. Meanwhile, some insensitive fuck in the back is drumming and playing the recorder simultaneously while actual Jesus is being whipped to death. They're all in for a world of pain, then forgiveness when Jesus resurrects himself.

Christ As The Man Of Sorrows

Why does our Lord and Saviour look like he's about to drop the hottest mixtape of 2018 AD? Homeboy looks like he's just cooked up the most fire rhyme of our lifetime and he's just itching to perform it on Kimmel. His boys are all posing politely for the album cover, but secretly they can't stand his arrogance anymore. He was chill when they started rapping together, but since they hit the big time, he's changed, been hitting the water a bit hard, taking extra communion at mass. He's a mess.

Spikey dog collar guy on the right is his homeboy, always there for J-man when he needs him, they've been brothers since primary school, always stuck with each other even that time Jesus coveted his sister. The guys at the bottom are money-hungry backup dancers, they couldn't rap if it was Christmas Eve and all the presents lay bare beneath the tree. Top left lad is a snake, he keeps an emergency chopstick in his turban like some sort of lunatic. Watch yourself, J-dogg. Ain't nothing but snitches in this town.

To set the scene here, Jesus has just resurrected from the dead. So why is everything about him so God damn sexy? He's glowing, not like what Denise from accounts says when you return from ten days in Marbella, I mean literally glowing. His skin is practically Edward Cullen in Twilight levels of glistening. If that's what you look like after being dead for three days then sign me up.

Jesus' salmon robe is a tease, if we're going to just go for it here and cut the pretence of having respect for religion. It's barely being held up by his arm, while the other hand wouldn't be out of place in a smoking area on a Friday night, with a rollie between his fingers as he recalls the tale of the first time he tried ket and hallucinated so hard that he ended up fucking a traffic cone. Classic.

The entire scene is chaos. People are falling over, a vase has been knocked and its lid displaced. It's pandemonium. Look at the scene Jesus has caused mere minutes after resurrecting. That is not the appearance of a man that has been dead for three days. He truly is the almighty one.

More like 'Christ Before The Nightclub', am I right? Seriously though, this one looks like the outside of a nightclub at approximately 1.35am. The bouncer on the right is telling the boys to 'get tae fuck' (the club is in Glasgow) because their footwear, or lack thereof, is unsuitable. Despite one of the apostles insisting that Jesus has a rare foot condition which means he can't wear shoes, they're getting nowhere fast.

Judas is hiding in the back, he's already lobbed the gob during supper, he doesn't care if they get in or not. Pay close attention to Jesus' expression, the man simply wanted a sesh. It's his last night out before the big crucifixion tomorrow, he's getting shit-faced on Aftershock if it kills him. Will he compromise his morals of never wearing shoes so that he can go on the beer with the boys? Stay tuned to find out on this week's Jerusa-mayhem.

"Sorry about your crucifixion and all but TEA TOWELS GET YOUR COMMEMORATIVE TEA TOWELS" pic.twitter.com/3oddDNP7dB

All images via Jesus Story

popular
Amber Heard says her sister taught Johnny Depp to snort cocaine with a tampon
Martin Skrtel retires from football due to health reasons
UK’s Sam Ryder may have actually come third amid possible Eurovision voting scandal
Wagatha Christie: Wayne Rooney describes 'awkward' moment he asked Jamie Vardy to get his wife to 'calm down'
Lip readers analyse what Johnny Depp’s lawyer told him as they celebrated in court
Sheffield United manager sparks chaos in Forest clash after aggressive move on Djed Spence
Megan Fox reveals she 'cut a hole in the crotch' of her jumpsuit to have sex with Machine Gun Kelly
You may also like
Entertainment
One-of-a-kind Banksy artwork worth £10m destroyed by Christopher Walken on TV show
Entertainment
Kanye West spotted in number of mysterious masks and we have no idea why
News
Artist who drew controversial Prophet Muhammad cartoon killed in mystery crash
News
Artist turns in blank canvases after being given $84,000 for museum art
News
Government spends nearly £100,000 on Downing Street art
Next Page