What does it mean to be a hero?

Adam Kammerling believes that there is something fundamentally wrong with the way that heroism is sold to us through movies and stories. 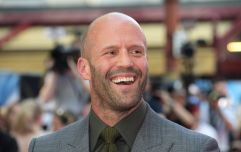 There's a festival for bald people taking place next week

END_OF_DOCUMENT_TOKEN_TO_BE_REPLACED

An award-winning poet, MC and spoken word artist, Adam is working on a new show, Shall We Take This Outside, part of the Being A Man festival which runs from Friday 25 November 2016 until Sunday 27 November 2016 at London's Southbank Centre.

The piece explores "the effect of fictional hero violence on real-world attitudes to violence", through an innovative fusion of spoken word and parkour dance.

"There's something very visceral in dance that is harder to invoke in poetry," Adam says. "I'm always jealous of visual artists and dancers because the work they do doesn't require the same engagement; you do it and it's there, you can see it.

"Poetry requires an engagement, someone has to make the effort to read or listen. With the subject we're talking about, it was very important for me to have something that you couldn’t avoid." 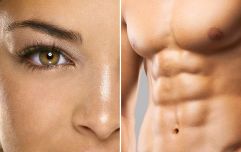 END_OF_DOCUMENT_TOKEN_TO_BE_REPLACED

The subject is an important one. We're brought up on stories - movies, books, TV shows, comics. From a young age we're shown two worlds: the realm of fiction and real life. Stories are nothing without drama, and drama is nothing without conflict, and it's a sad fact of life that conflict often ends in violence.

Sometimes it's unavoidable, most often and unfortunately on a global scale, but it happens in the streets, on the terraces and behind closed doors every day. Adam thinks that there's a link between the way we're shown heroism in stories and the way we perceive violence in our daily lives.

"I think that the hero, as the celebrated archetype that he currently is, is bad for social change," he says. "Heroic films are escapism, but they’re also a contradiction. You're told 'You shouldn't hit people' but then every time you go to the cinema, that way of being is celebrated and shown as being second nature.

There's plenty of evidence to support the theory. Of the top 20 highest-grossing films, at least 15 of them could be said to resolve their stories through violence or fighting. All 15 of them are rated 12A, meaning they're available to and actively pitched at younger audiences. The biggest films of the moment are undoubtedly Marvel's superhero movies, the majority of which are largely focused on punching and kicking to get the job done. 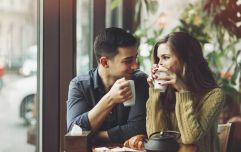 END_OF_DOCUMENT_TOKEN_TO_BE_REPLACED

But if violence in movies and TV had a direct effect on our own actions, we'd all be punching and kicking our way through life's problems, and while sometimes it can be a sorely tempting option, we know that it's just not on the table. Most of us know that movies are escapism and not to be taken at face value.

When we see The Avengers save the day from invading aliens by fighting them, we don't then come into work the next day, punch our difficult colleague Brian in the eye and attempt to justify it by claiming that 'it's what Captain America would have done.' It's probably not what Captain America would have done, anyway. He's too much of a goody two-shoes.

"People can have escapism, because they understand what they're doing," says Adam. "They go, 'I’m watching this fantasy fight scene, and it's a great escape, but I understand that it's a fantasy.'

"There's a framework for consuming the media. You can create a framework for understanding why you're enjoying those things, what they're doing and what the messages they're giving to you are." That framework is key to justifying what you're seeing and hearing, but the idea of heroic violence and aggression confuses it.

Obviously this isn't The Avengers and aliens aren't about to invade and enslave the human race (not that we're aware of), but even when the members of The Avengers have problems with each other, they resolve the conflict by punching - I take it back, Captain America probably would punch difficult Brian in the eye.

It'd be a pretty boring and unsuccessful franchise if Iron Man and The Hulk sat around a table and talked about their feelings - "I just feel like you're not listening to me, Hulk. I'm trying to communicate and it's all just noise to you." "Hulk... sorry. Hulk... listening, Hulk promise." - but there's a disparity between what a hero represents and what a hero does.

Perhaps the only thing the awful Batman v Superman: Dawn of Justice movie is good for is illustrating this point: Superman is meant to be the good guy, but he basically fucks up an entire city being the good guy, which is why Batman has to stop him... by kicking and punching. The cycle continues.

This ultra-macho way of dealing with problems is a major issue in Adam's eyes; it's a status quo that won't shift. "Any act of aggression is a reinforcement or defence of the status quo," he says. "I think it’s really unhealthy, and the idea of stepping outside of that is really useful. That's kind of what I wanted to do with the piece, to kind of show how the hero forces this really unhealthy status quo that's just taken as a given.

"I think the idea of the piece is that there won't be a hero. I will try to be heroic and the way I go about it will fail. That's the contradiction in fantasy violence."

If a hero isn't someone who kicks and punches in the name good, then what is a hero? I put the question to Adam. "It's being unendingly patient and unendingly compassionate. There's something about being cool - not on trend, but being able to relate to people without judgement.

"Unending patience, unending compassion and no end to the levels of kindness you bring into a space."

Shall We Take This Outside is on Saturday 26 November. Buy weekend tickets for £35 here.