It'll happen to almost half of us. If you're reading this, it's probably already happening.

Losing your hair sucks. You've had it since you were tiny. It's been there every day of your life, through every up and down, every success and every misstep, and then one day it decides to betray you. It starts vacating your head like it's going out of fashion, and unfortunately 'going out of fashion' can be what it feels like.

It's a strange experience, and not always a pleasant one, but there's a good chance it will be something you'll encounter. This is what a man goes through when he loses his hair.

Remember the day you walked past the mirror, a mirror you'd walked past many times before without cause for alarm, and found yourself alarmed? No, no. You're just being silly. It looks like your hair is receding, but it's just a trick of the light. It's just the way your hair has chosen to style itself today. You're young, far too young to be going bald, so don't even worry about it, because it's not actually happening. 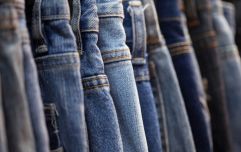 END_OF_DOCUMENT_TOKEN_TO_BE_REPLACED

Denial is a refusal to face the facts. Disbelief is facing the facts and being unable to comprehend them. You know what's happening, the evidence is coming away in your hands every time you take a shower, and yet you can't come to terms with it. No one else can tell, but you already know what's coming in the post, and you're not ready to open the letter.

3. He starts to notice other balding men 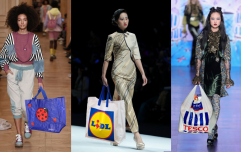 END_OF_DOCUMENT_TOKEN_TO_BE_REPLACED

When in close contact with other people, on the bus, on the train, it becomes impossible not to scan the heads of other men to see what's going on. It's a weird, semi-masochistic impulse, to see how other balding men are faring and make half-baked predictions about your own future, as though the shiny scalps dotted about the 43 bus were crystal balls.

Even though it's a useless pursuit that only reminds you of your own impending baldness, you can't help yourself. You find yourself judging the tops of heads like a country vicar presiding over the Best Village Garden competition: "Hmm, not much growth there. Poorly kept, rather scruffy. Lovely plumage, could be a rosette there."

Shit. It's really happening, isn't it? Soon, though it's impossible to say how soon, you will be a bald man. A big, baldly bald man. You're safe for now (safe from what?) but fuck. Visions of the future come rushing in, visions of an unrecognisable man, with a shiny head and a sullen expression.

Fuck, you're going to be a bald man.

You don't want to be a bald man. You want to have a thick head of hair. Hair that can be styled, hair that familiar fingers can run through, hair that sells you as a masculine, attractive, complete man. It's just so desperately unfair. Why you? You know why you and you can thank your father/grandfather/great-grandfather for their genetics, but still - why you?

6. He loses his confidence

I could NEVER date a bald man... I am soooo sorry but I cnt even stand to look at them.

The sexualisation of the tops of our heads is odd, but there's no doubt that hair is a key part of attraction. It frames the face, it speaks of youth, it's... hair! People have hair, people like hair, and not having hair makes you different from the people who have hair. You don't want to be different, you want to be attractive. How can you be attractive without hair?

7. He tries to reverse the process

"Do not go gentle into that good night," you mutter. Your genetics may have betrayed you, but you're not going down without a fight. You start googling, trawling through forums, diving into the depths of WebMD, reading everything you can lay your eyes on, as though your brain will finally understand that you're not really up for this whole bald thing and starts reversing the process.

Propecia. Regaine. Alpecin. Every option and avenue is considered. The idea of getting a hair transplant flitters through your mind and then out again, because who can afford that? Besides, we've all seen Wayne Rooney's barnet - even a multi-millionaire isn't guaranteed a good job. You even consider alternative medicines and therapies, but if they actually worked would they really be alternatives?

Would a toupée really be so ba- no, stop it. Stop it now.

You might as well make the most of your hair while you've got some, but the lack of materials narrows your choice of styles somewhat. At first the aim is to hide what's happening - you know you're going bald, but no one else needs to know that. Initially that's no problem, it's just a careful sweep or a bit of extra wax. Then, as it starts to thin, working with your hair becomes more problematic.

You don't want to accentuate the baldness, but how do you work with what you don't have? The only golden rule: never go combover. Never. Go. Combover.

9. He experiments with hats

The hat stage is inevitable, partly because it gets bloody chilly on the old scalp without a decent layer of hair to protect you from the ravages of winter, but partly because you want to hide your shame, your shameless shame. No one knows what's happening under that beanie but you. As far as everyone else is concerned, well, they're not concerned. They're not even thinking about it. The only person that's thinking about it is you. Are you overthinking it? Umm...

Well, if you can't have hair on your head, you can damn well have some on your chin instead.

11. He makes a choice: cut it short or leave it be

At some point you have to make a decision. Losing your hair dramatically changes the way your head looks, so you have to change your styling choices to accomodate it. If you want to 'hide' the baldness (without actually hiding it - remember, this is a no combover zone), cut your hair short. Short and smart, can't go wrong.

That said, it really depends on the personal statement you want to make with your hair and lack thereof. Take Bill Bailey, a prominently bald man who has opted for long hair. At some point in his life he made the decision to keep it long, and it works for him, because he's Bill Bailey. Other men (men who are not Bill Bailey) have less success pulling this look off.

12. He accepts that it's inevitable

You can't hold on to what's falling away. You can't fight the course of nature because nature always wins. You've lost enough to see what's coming in the rear-view mirror, and now that it's closer, maybe it doesn't look so bad. Good or bad, it's going to happen, so you'd better just accept it. Already the weight seems to lift from your shoulders. Already this seems like a problem passing by.

13. He gets his confidence back

Now that you've arrived at the end of the world and discovered it not to be so, it looks as though life as a bald man might actually not be so bad. No one's shouting abuse at you on the street, prospective partners haven't laughing in your big bald face at the idea of getting a drink with you; yes, having to slap sunscreen on your head is a bit of a pain, but other than that, what are the downsides of being bald? Could being bald actually be good?

14. He starts to enjoy his new life

You know what? Life as a bald man is pretty good. You never have to worry about styling your hair, or whether it's looking greasy, or wait for it to dry, or pay for an expensive haircut again. A pair of clippers and some moisturiser is all you need to stay looking sharp - and you always look sharp. Hey, some people even prefer you now you're bald, and that ain't no bad thing.

There's only one secret to being bald, and that is to be proudly, vividly, strikingly bald. You are what you are, and what you are is a bald man, so own it. To borrow the words of George R.R. Martin: "Make it your strength, then it can never be your weakness." Yes, you are bald, and so what? It looks good, it feels good, and damn it all, you're more aerodynamic than you've ever been in your life.

You are Jean-Luc Picard. You are Professor X. You are Patrick Stewart. Yes, you are.

Feature image: Beyond My Ken / Ben A. Pruchnie / Getty

popular
'Super recogniser' draws 'accurate' modern Maddie McCann to help police find her
Bellingham and Haaland criticise refereeing performance after Bayern Munich defeat
Mum in jail for murder pays tribute to son, 6, killed by his dad and new girlfriend
The JOE Friday Pub Quiz: Week 272
'I did three grams of coke during a game': Inside football's problem with Class A drugs
Chilling video shows moment step mum tried to get away with murdering boy, 6
Bride faints on groom, vomits and gets pooed on during ceremony
You may also like
Politics
North Korea bans leather coats to prevent people from copying Kim Jong-un
News
Balenciaga and Crocs team up to make stiletto sandals
Fashion
Nike release first pair of hands-free runners
Uncategorized
Aldi is now selling matching Christmas jumpers for you and your dog
Sport
Puma are bringing back an iconic boot and it's as gorgeous as ever
Next Page