Meghan's bizarre Christmas gift for the Queen went down quite well

If there's one thing we don't envy Meghan Markle for, it's having to buy presents for the Queen.

END_OF_DOCUMENT_TOKEN_TO_BE_REPLACED

After all, what do you get the woman who has everything?

Some jewellery? A fire outfit for some sort of engagement she must attend? A few more countries to own?

A difficult decision, sure.

However, according to the Daily Star, Meghan went all out and bought the Queen something that she probably doesn't have too much of - a singing toy hamster. 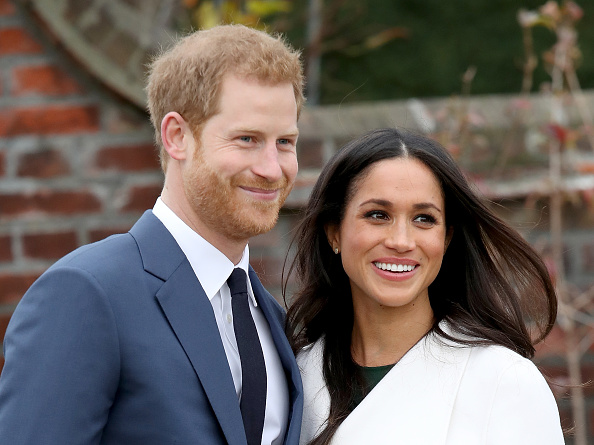 And a source told the publication that the Queen went mad for the present too.

“Meghan bought a little hamster that sings with a little rope for Her Majesty.

“It was so funny, especially when the corgis tried to take hold of the toy.

“She laughed and said ‘they can keep my dogs company!’”

END_OF_DOCUMENT_TOKEN_TO_BE_REPLACED

We're sure they can, yeah.

Meghan, Harry, and all the rest of them spent Christmas at Sandringham and, in keeping with their German ancestry traditions, they exchanged gifts on Christmas Eve.

We're not entirely sure whether or not this was the only gift Meghan gave the Queen.

popular
People want ‘offensive’ Crown Paints advert banned after attracting hundreds of complaints
Incredible case of the only known individual whose parents were two different species
TikTokers are utterly convinced there is a secret zombie apocalypse going on in China right now
Teacher's sex abuse sentence delayed after she gives birth
Darius Danesh opened up about his health struggles before his tragic death aged 41
Mum gives 5-year-old son at-home drills with backpack to prepare him for school shooting
Cyclists may have to get number plates under radical shake-up of road laws
You may also like
Entertainment
Olivia Newton-John's message to fans in the last video she ever made
Entertainment
The JOE Entertainment Quiz Of The Year
News
Ghislaine Maxwell's Christmas dinner menu in jail revealed
Entertainment
Mrs Brown's Boys: In defence of one of the most divisive shows on TV
Sport
12 sports documentaries you need to watch this Christmas
Next Page