You absolutely love to see it

A law student studying at the University of East Anglia (UAE) has won his first-ever case while still on the second year of his course. He hasn't even graduated yet. Now that is just delightful.

END_OF_DOCUMENT_TOKEN_TO_BE_REPLACED

As reported by the BBC, Jack Simm, 19, began his first year at UAE back in September 2020 and moved into Velocity Student accommodation in Norwich, owned by developer Ben James Smith.

However, since he secured his place at the university through the annual clearing process, he didn't have a chance to view where he would be living and simply had to snap it up before it went.

It's a common problem that students face every year, fresher or not, and Simm is certainly not the only one to have been taken advantage of, stating: "I thought I was going to get what I'd seen on these photos: nice, upmarket student accommodation rooms." 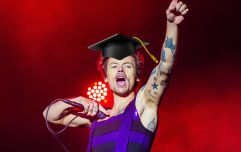 You can now take a university course on Harry Styles

END_OF_DOCUMENT_TOKEN_TO_BE_REPLACED

So, what did he do? He decided to move out after just a week, refuse to pay his rent and despite being threatened with a debt collector, turned to his textbooks and started building his case.

Over time, he managed to collect witness statements and using his textbooks on case law and statute, looked into contract representation, before filing a lawsuit that claimed breach of contract and misrepresentation.

The Newcastle-born teen said it "It was quite easy to be honest", adding that he "studied contract law at the time", so it became relatively straightforward as he simply "looking through some of the relevant law and applied it to the situation."

Taking Velocity, developers Freedman Project LLP and property managers Estateducation to Newcastle County Court on November 2, he said, "We sued for our money back our deposit our first month's rent. They sued for the entire tenancy agreement - around £7,000."

END_OF_DOCUMENT_TOKEN_TO_BE_REPLACED

At the online hearing, his dad spoke for him in court and Jack went on to win what he had initially paid for the accommodation plus court fees, totalling £999; meanwhile, the company's counterclaim was dismissed. Delicious.

Simm went on to say the experience "really just instilled in me that young people need to back themselves", going on to add: "You just can't let these landlords win [...] Change will happen. The culture needs to change."

popular
Incredible case of the only known individual whose parents were two different species
Cyclists may have to get number plates under radical shake-up of road laws
Darius Danesh opened up about his health struggles before his tragic death aged 41
Alec Baldwin: 'Everybody who was there knows exactly who’s to blame' for Halyna Hutchins' death
TikTokers are utterly convinced there is a secret zombie apocalypse going on in China right now
Darius Danesh pictured with Gerard Butler before his death
Pop Idol star Darius Danesh found dead aged 41
You may also like
News
Kyle Rittenhouse reveals the university he's attending - the school says otherwise
News
Student dies during Jesus crucifixion re-enactment - audience think it's part of show
News
Female student, 19, murdered in halls of residence
Life
Uni dropout has already made £2m 'pouring beans' on herself and pretending to be a giant on OnlyFans
News
Students who start uni next year will be still paying for it in their 60s, plans say
Next Page