The shop owner claims the Gestapo costume is historical representation

A local toy shop is refusing to remove a Gestapo uniform from sale despite countless complaints from the Jewish community who have declared it offensive. 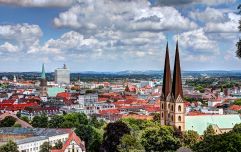 This German city will give you $1.1m if you can prove it doesn't exist

END_OF_DOCUMENT_TOKEN_TO_BE_REPLACED

The Gestapo were instrumental in maintaining Nazi control in Germany and a wider occupied Europe and were often responsible for rounding up Jewish people and relocating them to Nazi death camps.

They were later declared a criminal organisation by the International Military Tribunal (IMT) at the Nuremberg trials.

Shop owner Melvin Smedley believes it is a historical representation but has said he cannot afford to empty the costume from his shelves.

"As we head towards Halloween, dressing up in costumes to scare and often push the boundaries of taste has now become a popular and often fun event in the calendar," said Tim Spurrier, the chairman of the Thanet and District Reform Synagogue. 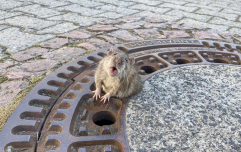 END_OF_DOCUMENT_TOKEN_TO_BE_REPLACED

Spurrier continued to say that the costume shows a lack of judgement and sensitivity.

"For many people in the Jewish community, the Holocaust remains a living memory and also a devastating part of Jewish family history, with many losing family members to this tragedy," he said.

"I can't afford at this moment in time to just bury it because every penny counts after lockdown," said shop owner Melvin Smedley.

"But when it's gone, it's gone for good and I won't reorder it."

He added: "Nobody can erase history." 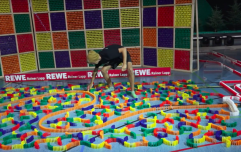 END_OF_DOCUMENT_TOKEN_TO_BE_REPLACED

Smedley also claims that people might need the costume for education purposes.

"I have many costumes that others might not like, for example some people don't approve of Father Christmas or Halloween.

"I understand it might be upsetting, but where do you draw the line because somebody, somewhere will always be offended?"