Instagram now lets you add music to your Stories, and this is how to do it

The company is making the addition to celebrate a massive milestone.

On Thursday, Instagram announced that they have 400 million daily users of their app, which is nothing short of insanely impressive.

END_OF_DOCUMENT_TOKEN_TO_BE_REPLACED

They also revealed last week that their Stories now has over one billion users, which is a huge jump considering that the addition was only put in place back in 2016.

So to celebrate these huge achievements, the company announced that they'll be soon be letting you add music to your Stories, and it couldn't be easier. 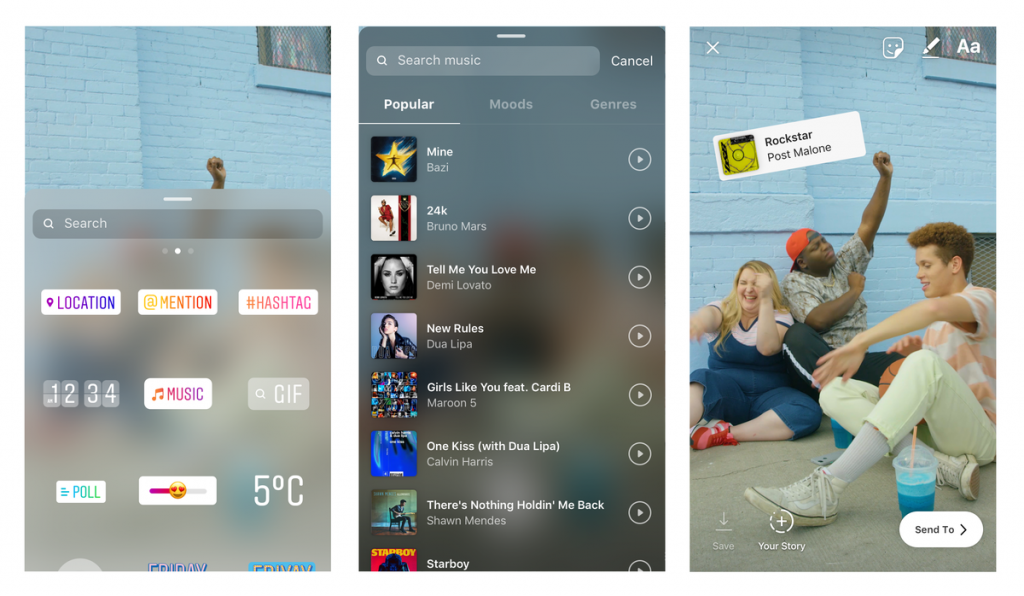 Just take your photo or video as you normally would on Stories, and where the stickers currently are that let you edit the main image - Location, Weather, Polls, etc. - Instagram will be adding a new sticker that will allow you to add some music.

They've stated that there will be thousands of tracks for you to choose from, and that you can add whatever track you like from their library, then scroll til you get to the part of the song you want over the image or video, and you're done!

Mashable are reporting that the new feature will be rolling out on iOS and Android from today (Thursday 28 June), so all you may need to do is update the app on your phone, and you're set!

popular
Gordon Ramsay hits back at radio host for 'fat-shaming' daughter Tilly
Influencer criticised for photoshoot at her dad's funeral
Average number of sexual partners in UK revealed
John Lewis ad featuring boy in dress has been banned
Mum and boyfriend arrested after three children found living next to remains of eight-year-old brother
UFC star Paddy The Baddy explains why he's 'Scouse not English'
Cigarette and tobacco prices to rise at 6pm today
You may also like
Entertainment
Dave Grohl responds to Nirvana lawsuit: "He's got a Nevermind tattoo, I dont"
Entertainment
Drug dealer pleads guilty to selling drugs that killed Mac Miller
Music
Ed Sheeran self isolating after testing positive for Covid-19
Entertainment
Kanye West spotted in number of mysterious masks and we have no idea why
Entertainment
Kanye West has legally changed his name
Next Page