Belfast are set to trial the reduced working week 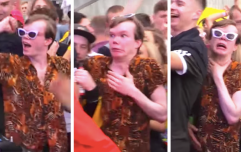 END_OF_DOCUMENT_TOKEN_TO_BE_REPLACED

According to BelfastLive, Sinn Fein put forward a motion for a trial of the four-day working week earlier this month; the DUP has also agreed to the study but did insist that there would need to be adjustments to the proposed model should it go ahead. The motion read as follows:

“Over the course of the Covid-19 pandemic, businesses and workers have re-evaluated and re-assessed the issue of work-life balance and productivity.

“It has been almost 100 years since trades unions secured workers the right to a weekend and it is important that, as part of the economic recovery, we consider how we can modernise the working arrangements to the benefit of workers and employers.

“There are numerous examples from across the world where a four-day working week has been successfully trialled, leading to increases in positivity and an improved work-life balance.

“The latest trial from Iceland has been hailed as an 'overwhelming success', with productivity remaining unchanged or actually going up and the health and wellbeing of workers improving significantly.”

The report goes on to say that officials intend to put together a plan for a trial among council workers themselves within the next 12 months, with the council and Stormont departments receiving quarterly progress reports.

Supporters across the world argue that four-day/30-hour working weeks massively benefit people's wellbeing and productivity, in turn, leading to further positive impacts not only on the economy but the climate also. 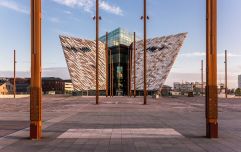 Titanic Belfast has been named as Europe’s leading tourist attraction

END_OF_DOCUMENT_TOKEN_TO_BE_REPLACED

Sinn Fein Councillor Matt Garrett pointed out that over the last year, various facets of working from home have already demonstrated the benefits of an adjusted working week, adding that "Families and workers right across society are having to do things differently now in terms of work."

Check out our very own video on the four-day working week:

Why every weekend should be a long weekend

An extra day off a week for the same pay? Yes please!

popular
Barmaid dies after telling friend she had been spiked in nightclub
Shocking CCTV shows moment rival gangs engage in fierce gun fight in broad daylight
Puppy dies as Storm Arwen rips roof off rescue centre
The JOE Friday Pub Quiz: Week 271
BREAKING: Two cases of Omicron variant detected in UK
Aaron Ramsdale wore Arsenal away shirt against Newcastle
Rangnick to set Man United squad brutal 'training test' to improve their intensity
You may also like
News
Belfast riots: 'It feels like a game once you're in it'
News
Bus hijacked and left to freewheel as Belfast violence continues
News
Irish Taoiseach had 'Brits out' view of Troubles before Belfast trip changed his perspective
News
English travel website forced to remove parts of its guide to Belfast after complaints
Sport
Belfast Marathon was accidentally 0.4 miles longer than it should have been
Next Page