Scotland has been urged to expand its four-day working week trials to account for non-office workers. 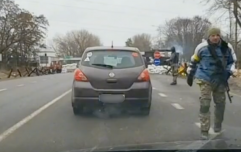 END_OF_DOCUMENT_TOKEN_TO_BE_REPLACED

The Scottish National Party has pledged a £10 million fund for businesses trialing a shorter working week, which would involve no loss of pay for its workers. But this scheme does currently not include shift-workers or non-office workers.

The pledge comes after a study found that 80% of Scots feel it would benefit their wellbeing to reduce their number of days at work.

2,203 people between the ages of 16 and 65 were questioned by Thinktank IPPR Scotland , with 88% of participants saying they would be willing to participate in the pilot scheme.

But IPPR has now said that without including the other sectors of work the results may be skewed and not properly represent the study. 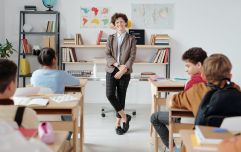 END_OF_DOCUMENT_TOKEN_TO_BE_REPLACED

Rachel Statham, a senior research fellow at IPPR Scotland, said: "The Scottish government is right to be trialling a four-day working week because today’s evidence shows that it is a policy with overwhelming public support, and could be a positive step towards building an economy hard-wired for wellbeing.

"But any successful transition post-Covid-19 must include all kinds of workplaces, and all types of work."

She continued: "The full-time, nine-to-five office job is not how many people across Scotland work – and shorter working time trials need to reflect that reality.

"So we must examine what shorter working time looks like from the perspective of shift workers, those working excessive hours to make ends meet, or those who currently have fewer hours than they would like to have."