Fancy getting paid to drink whisky and travel the world? This is the job for you

Most people don't get the opportunity to take on their dream job.

If you're a whisky fan - nay, a whisky aficionado - then that could be about to change. Grant's, the Scottish whisky-makers, are looking for a Global Ambassador to spread the good word about their whisky, and you could be just the person they're looking for.

First of all, you'll have to love whisky - that's a given. You can't sell cars without knowing which end the exhaust's at, and you cant plug whisky without being able to articulate why this particular brand is so damn good.

END_OF_DOCUMENT_TOKEN_TO_BE_REPLACED

Second, you'll need to pass a three-part interview process. This won't be as simple as putting on a nice suit and explaining why you're a team player. If you progress through each of the elimination rounds, you'll have to:

It's quite a challenge, to say the least, but one that any whisky lover that loves meeting people and experiencing different cultures would be chomping at the bit for. 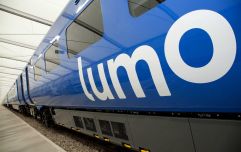 END_OF_DOCUMENT_TOKEN_TO_BE_REPLACED

The job itself, should you be lucky enough to make it to the top, will be to represent Grant's whisky on the global stage, to be a fountain of knowledge on the product and to generally get Grant's whisky out there and in people's minds.

Sound good to you? Apply here.

popular
Salt Bae customers disgusted at price of steak in his London restaurant
Why Inter Milan had to remove snake from away kit for Champions League tie
Grimes says she's starting a 'lesbian space commune' after Musk split
If you like Squid Game here's 6 shows you'll want to watch next
Netflix broadcast someone’s phone number in Squid Game and she got ‘4,000 calls a day’
Homeless man in California was actually Elvis Presley, according to conspiracy theorists
Brian Laundrie's parents call 911 on Dog the Bounty Hunter as he finds fresh campsite
You may also like
Entertainment
New Gordon, Gino & Fred series will air September 27
Life
Ryanair launches 24-hour sale on 500,000 seats over 650 routes with prices starting from £12.99
News
Boy, 13, tied to seat after ‘trying to kick plane’s window out’ mid-flight
News
Sadiq Khan says not wearing a face mask on Tube should be criminal offence
Life
Vaccine passports to remain 'permanent fixture' of foreign holidays
Next Page