Elliot Page opens up about decision to come out as trans

The pandemic contributed to him embracing his new gender identity

Actor Elliot Page, who was formerly known as Ellen Page, has opened up his decision to publicly reveal his gender identity to the world.

The Juno and Umbrella Academy star came out as transgender in December last year.

In an emotional statement posted on their Twitter account, Page said: "I want to share with you that I am trans, my pronouns are he/they and my name is Elliot."

"I feel overwhelming gratitude for the incredible people who have supported me along this journey. I can't begin to express how remarkable it feels to finally love who I am enough to pursue my authentic self.

"I've been endlessly inspired by so many in the trans community. Thank you for your courage, your generosity, and ceaselessly working to make this world a more inclusive and compassionate place.

"I will offer whatever support I can and continue to strive for a more loving and equal society." 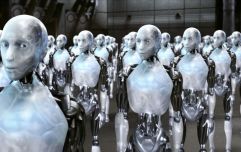 END_OF_DOCUMENT_TOKEN_TO_BE_REPLACED

Elliot also admitted feeling "scared" of the "invasiveness", "the hate", of "violence" and of the "jokes" he may become a part of.

He said: "My joy is real, but it is also fragile."

Three months on and Elliot decided to share his experience of publicly coming out as trans.

With deep respect for those who came before me, gratitude for those who have supported me & great concern for the generation of trans youth we must all protect, please join me and decry anti-trans legislation, hate & discrimination in all its forms. pic.twitter.com/5yr8TYywTn 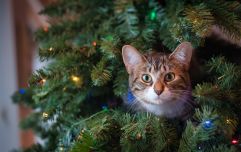 END_OF_DOCUMENT_TOKEN_TO_BE_REPLACED

In an interview with Time, Elliot said he “felt like a boy” when he was finally allowed to cut his hair short at the age of 9.

He said: “I wanted to be a boy. I would ask my mom if I could be someday.”

Elliot became a professional actor at the age of 10, which meant that he "had to look a certain way.”

He said that he found it difficult to recognise himself and admitted that, for a long time, he could not look at photographs of himself.

Page came out as gay in 2014 and married Emma Portner in 2018, however the couple separated in the summer of last year.

Elliot said: “The difference in how I felt before coming out as gay to after was massive."

“But did the discomfort in my body ever go away?" he asked rhetorically. "No, no, no, no.”

Elliot said he thought the coronavirus pandemic led him to decipher his true gender identity.

He said: "I had a lot of time on my own to really focus on things that I think, in so many ways, unconsciously, I was avoiding,”

“I was finally able to embrace being transgender,” he continued, “and letting myself fully become who I am.”

popular
Lovely Bones author apologises to exonerated man who spent 16 years in prison for her rape
Most Omicron cases 'mild' and no evidence vaccines may be less effective - WHO official
Scotland international rugby star Siobhan Cattigan dies aged 26
Omicron symptoms: What you should be looking out for
Pilot claims Prince Andrew was on Epstein plane 'Lolita Express' during Maxwell trial
Ronaldo comments ‘FACTS’ on fan boy Instagram post criticising Messi’s Ballon d’Or win
Arsenal defender Gabriel fights off masked robbers in baseball bat attack
You may also like
Entertainment
Here's why Elliot Page wore a green flower on his Met Gala suit
News
Elliot Page praised for first shirtless pic since coming out as trans
News
Elliot Page says he's known he was a boy since he was a toddler
Television
Elliot Page will to continue to play Vanya in The Umbrella Academy
Entertainment
Actor Elliot Page comes out as trans
Next Page