Baba Vanga was a mystic from Bulgaria. She had a relatively normal childhood until the age of 12, when she lost her eyesight in a freak tornado. A powerful gust of wind is said to have lifted her high up into the air, then thrown Baba to the ground with great force.

END_OF_DOCUMENT_TOKEN_TO_BE_REPLACED

She was found several days later, close to death and with her eyes sealed shut. Baba reportedly experienced her first vision during that time spent alone, going on to predict the events of the future with an 85% success rate.

Before she died in 1995, Baba Vanga accurately predicted the Kursk nuclear submarine disaster, the rise of ISIS, the 9/11 terror attacks, Obama being elected as POTUS, Putin's 2018 re-election and much more.

But one thing Baba failed to see coming was the most influential video of 2019, simply titled 'Me trying Kombucha for the first time'.

END_OF_DOCUMENT_TOKEN_TO_BE_REPLACED

This cultural milestone is a defining moment in the history of the world. Our lives are now divided into two parts - the time before Kombucha Girl, and the time after.

We can no longer ignore the sanctity of this video. It is bigger and more powerful than all of us.

It will outlast us all. 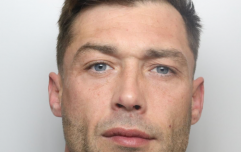 END_OF_DOCUMENT_TOKEN_TO_BE_REPLACED

Much in the same way that a dog will sniff a foreign body that is presented to it before deciding how best to proceed, humans will often smell a new food or beverage ahead of trying it. Particularly with wine, a quick whiff allows your brain to prepare for what it is about to taste, aiding its ability to subsequently process the flavour. Brittany sniffs the pre-opened can of Kombucha because she is activating the part of her brain that signals to your tastebuds to get ready for a one-way ticket to flavourtown. Also, it is widely known that Kombucha smells like ripe ass, so it's important to confirm that suspicion before drinking it.

"It really smells like a public restroom", Brittany informs us, her nostrils still flared in horrification. Such an evocative statement is extremely beneficial to the viewer as it lets us know that not only does this fermented drink smell like a toilet, but more specifically, it actually smells like a public toilet. People treat public toilets differently to the ones at home. They'll leave a misplaced sheet of loo roll on the ground, they probably won't wipe the seat after them or do a courtesy pube check afterwards. They'll flush using their shoe, possibly leaving a mud stain behind in both the bowl and on the handle. Had Brittany simply said "It smells like a toilet", we wouldn't know the exact scent. Adding the word "public" is gourmet. This is going to be an expert review, that much is clear from the outset.

Like a toddler who has just realised that The Animals of Farthing Wood kind of sounds like The Animals of FARTING Wood, composure is lost. Brittany descends into momentary chaos, erupting at her own stunning comparison between the drink and a public restroom. Tension is broken as she takes a moment to relax, settling the inevitable nerves that surround tasting the beverage equivalent of a place where people come to relieve themselves with gay abandon. The tone of the review has been set. This is simply a girl who is going to take a sip of Kombucha. No more, no less. She is just like you and I, except with a magnificent manicure.

Eager to regain composure, Brittany aggressively engages in some repetition for emphasis. "It smells like a public restroom", she reminds us, visibly upset that she has no choice but to see this whole thing through to the best of her ability. Imagine the video had ended right there. That Brittany was so repulsed by the scent of the Kombucha, she throws it directly into the non-recycling bin and stops filming. She catches up on some emails, maybe drinks a glass of water to cleanse her body and mind of the public restroom odour, then settles back into a life of obscurity. The video isn't uploaded to Tik Tok, it doesn't go viral, we're not talking about it right now. What a disgusting world to imagine. Truly, truly sickening.

The self-discipline on display here is staggering. Brittany doesn't allow her thoughts to get clouded with doubt. The public restroom comparison must be forgotten. She has started the job and now, she must finish it. "You know what" is merely a polite way of phrasing "Fuck it", which is precisely what Billie Joe Armstrong says right before he nails the guitar intro on 'Good Riddance (Time of Your Life)'. This is the time of Brittany's life. It's now or never. Time really does grab you by the wrist, directs you where to go. So, we have no choice but to make the best of this test and don't ask why. It's not a question, but a lesson learned in time. It's something unpredictable, but in the end it's right.

She sippeth. She simply sippeth. Brittany takes a sizeable gulp of the "public restroom" beverage, checking off the list of essential tasks that this video requires. Her eyes are unflinching as she stomachs the Kombucha, which we now know to be cola flavoured. She's staring straight ahead, blinded by the determination to succeed. This is a woman who is in the zone, despite her initial trepidation. She's clawed her way back from the brink of failure and is now giving herself to us. We are not worthy of the commitment. Brittany is doing this for us and we can never truly repay her for the service. We are looking at a hero.

The results are in and it's not looking great for Kombucha. Brittany's initial suspicions appear to have been correct. That look of disgust will go on to be a top tier meme for many years to come. It will outlast all of us, breathing new life into stale concepts until the end of time. Brittany fucking hates that Kombucha upon her first foray into its fermented self. She's repulsed, regretting everything, longing for a swift and painless death by way of beverage poisoning. The can has barely been returned to the surface from whence it came and Brittany's mind appears to have been made up. Evidently, this is not a nice drink.

Initially convincingly appalled by the Kombucha, Brittany has a quick turnaround. As the fermented tea begins to make its way down her digestive tract, it starts to hit different. The light effervescence is developing and confusing her palate as it travels into her stomach. The initial shock of actually drinking the beverage embodiment of a public restroom has died down a little. Brittany is on her own now, heavy under the weight of impending Tik Tok viewers' expectations. This review must be accurate, but most of all, it must be honest. She's beginning to question herself. Her head is getting in the way, metaphorically speaking.

"No", Brittany says, her tone unrecognisably firm. She won't pander to the intricacies of Kombucha's taste. Much like a successful rugby manoeuvre, she gave it a try. The drink initially disgusted her, then intrigued her, but now she is positive of her stance. It feels like the case is closed at this point. Reviewers don't just announce "No" willy-nilly, it's the equivalent of eggs beginning to scramble. Once the first traces of scrambulation begin to show, you can't go back. The egg refuses to return to a liquid state, just like a Kombucha reviewer must be certain about their use of descriptive words. There is no firmer word in the English language today than 'No'. Pack up your things, power down your devices. We're done here.

Fuck. The unthinkable has happened. The second second wave has occurred, or the third wave, if you will. Brittany is doubling back on her initial assessment once again. Who is this lady? Can we trust her? She is toying with our emotions and tampering with the evidence. Does one minuscule sip of Kombucha even have the depth of flavour to confuse the palate three times over? Most first tastings have an immediate yes or no response. This is chaos, utter lunacy. Does the drink slap or not, Brittany? You're our only hope at this point. Ordering American cola-flavoured Kombucha isn't something most of us can do easily. We started this video looking for a good time, but now we need answers. Is it a public restroom of a drink? WHAT DOES IT TASTE LIKE?

Inevitably, something has to give at this point. Brittany is too accomplished a Kombucha reviewer to not be aware of the wide range of reactions she is having to the drink. We've just seen a facial reenactment of every emoji currently available on all iOS devices, and that's down to the reaction of one singular sip of fermented tea. Brittany is no closer to reaching a solid conclusive opinion on the Kombucha now than she was at the beginning of the video. She knows it, the viewer knows it, even the can of Kombucha has some level of sentience regarding the review. Brittany's infectious laugh lets us know that it's okay. It's a comforting shrug during a tricky exam. Sometimes, things can be so-so. Not everything simply is or is not good.

As a parting gift, Brittany brings out the big guns. She's made herself laugh uncontrollably throughout the video, but this one is for us. Brittany becomes the weird little sideways smile emoji and there is truly no better conclusion to the video. All that can possibly be done has been done. We are now living in a post-Kombucha-tasting world. Was it good? We still don't know. Should we all go out and buy it? Heck, maybe. It doesn't matter. The video was never about Kombucha, it was about a girl having the time of her life on her own. If you're not comfortable in your own company, you're living life wrong. Go out there and be the Kombucha girl you want to see in the world. Taste gross drinks, pull weird faces, have conflicting tastebuds, live your life. Death is coming, be free.

popular
Ricky Gervais finally says what we're all thinking about the Johnny Depp Amber Heard case
Binley Mega Chippy: What is it and why is it all over my timeline?
New Time Traveller's Wife series airs 'incestuous' oral sex scene that has left everyone divided
Japanese man spends £12,480 to look like a border collie - and it kind of works
Wimbledon to drop Mrs and Miss on women’s honours board to match men's titles
The JOE Friday Pub Quiz: Week 296
Gangland enforcer charged £6K to attack victims with acid and £10K to blind them
You may also like
News
Topless mum in her undies rescues pet goose from bald eagle in crazy video
Entertainment
Neil Patrick Harris apologises for graphic Amy Winehouse post about her death
News
Joe Rogan says annoying Mike Tyson is like 'head-butting a beehive'
News
Baseball star's butt goes viral after he uses it to deflect ball and 'breaks the internet'
News
Police officer resigns after footage goes viral on TikTok of him receiving oral sex in uniform
Next Page