It turns out we are wayyyyy down the pecker order

British men have a lot going for them, but they fail to break the top 50 countries for the biggest average penis size according to a new study. 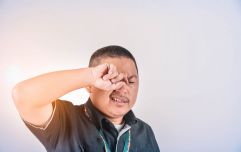 END_OF_DOCUMENT_TOKEN_TO_BE_REPLACED

Online pharmacy From Mars analysed Google data from 86 countries and found that the global average penis size is 5.55in. It turns out Brits fall below the world average, coming in at 5.17 inches and putting us in 66th place.

Across the channel, French men came in 11th and had an average of 6.2in. Germany, however, came in 39th, measuring on average 5.72in. 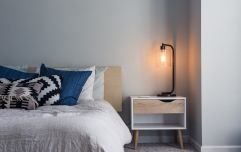 END_OF_DOCUMENT_TOKEN_TO_BE_REPLACED

The clear winners are Ecuador, who, on average, measure 6.93in. Cameroon came in second with 6.5in and Bolivia 6.5in. In fourth came Sudan with 6.48in, followed by Haiti in fifth with 6.30in

Across the pond, the US is also falling behind at rank 59 with 5.35in. However, we did beat Ireland, who boast an average of 5.03in while coming in 70th.

“Most men have wondered at some time or other if their penis is big enough. Size can have a massive impact on confidence and self- image," said Pharmacist Navin Khosla.