One in three men struggle with premature ejaculation

Researchers in Lebanon have found that electric current therapy is effective in treating premature ejaculation. END_OF_DOCUMENT_TOKEN_TO_BE_REPLACED

One in three men struggle with premature ejaculation but Beirut-based medics were able to help a man last seven times longer in bed after he underwent electric current therapy.

A study published in the Asian Journal of Urology on February 21 detailed how doctors ran an electrical current through a 28-year-old's penis. Doctors hoped to stimulate the dorsal penile nerve, which gathers information on movement and sensation.

Before the experiment, the man allegedly climaxed just 40 seconds into sex "on almost all occasions." The man had sought medical attention after trying to have sex with his girlfriend two times a week for over a year with no success.

To help assist in this issue, the man had electrodes fastened to his penis for 30 minutes, three times a week, at which point doctors would zap his junk.

How does it work?

Ejaculation occurs after the rhythmic contraction of multiple perineal muscles and scientists believe that shock therapy can help slow down the contraction of these muscles. 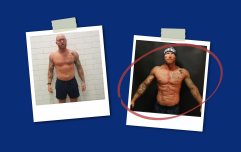 END_OF_DOCUMENT_TOKEN_TO_BE_REPLACED

Just six months after starting the treatment, the man was able to maintain sex for an average of 3.9 minutes before climax.

Fifteen months after the treatment, the gent has clocked an average sex time of 4.9 minutes. Now, he can last between five and seven minutes, according to the Institute for Quality and Efficiency in Health Care.

Researchers said that such treatments have "fewer side effects and lower cost" than many other treatments out there.

"Improve self-confidence and relieve anxiety and depression by continuously training men to master certain sexual skills," the researchers said of the treatment's viability.

There is still a lot of work to be done and electric-shock therapy is still in its infancy where premature ejaculation is concerned. However while it's still "not fully understood", electric current therapy could very well become a more widespread treatment option in the future.

popular
Tearful Aaron Ramsey consoled by Rangers teammates after penalty miss
Rangers and Frankfurt fans violently clash in Seville ahead of Europa League final
Lip readers analyse what Johnny Depp’s lawyer told him as they celebrated in court
Detective spots key clues in Johnny Depp and Amber Heard's body language during trial
Boris Johnson ended WFH because it was destroying newspaper sales, Dominic Cummings claims
Musa Yamak dead at 38: Unbeaten boxer suffers heart attack in ring and collapses
Jamie Carragher labels Boris Johnson a 'charlatan' after Rangers Europa League video
You may also like
News
First pig heart transplant patient may have died due to virus animal was carrying
Life
Man nearly suffers collapsed lung after masturbating
Life
Man gets 2kg dumbbell stuck in his bum - doctors forced to pull 20cm weight out by hand
News
Doctors use forceps to remove more than a dozen fly larvae from man's eye - one by one
News
Cannabis could be prescribed as painkiller on NHS as trial gets underway
Next Page