Subway is diversifying its menu as of today, but the new food offering may come as a bit of a surprise to some people. 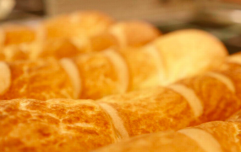 Subway has added tiger bread to its menu in the UK

END_OF_DOCUMENT_TOKEN_TO_BE_REPLACED

The fast food chain will now be offering customers the option to have crisps in their sandwiches.

Brits have long enjoyed crisps on the side of a sandwich, so this new option is bound to divide opinion.

Those who opt to trial the new sandwich flavour will be given a generous serving of Walkers crisps in their sub. There will be a supplementary charge of 20p for the crisps.

Subway told fans of their new addition to the menu on Twitter.

In a video, the fast food chain said: "Your lunch is about to get some crunch." 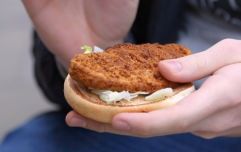 END_OF_DOCUMENT_TOKEN_TO_BE_REPLACED

The new addition to the menu will not be permanent, so if you want to trial the new sub, you have to find a store quickly.

The new flavour is set to be available in subway stores until 23 May, it has been revealed.

So far, subway fans are in full support for the crisp sub.

On Twitter, one user commented: "Crisps inside subs?? i'm DOWN"

Another replied: "Been doing this with my @DoritosUK packet for years... who doesn’t love a crisp sarnie!?" 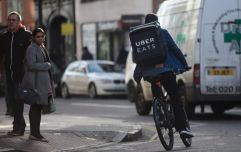 END_OF_DOCUMENT_TOKEN_TO_BE_REPLACED

Naturally some Twitter users were skeptical of the new sub, claiming that it could be a waste of money.

One user said: "Would it not be cheaper & safer to do a crisp sandwich @home?"

Brits have been making their own sandwiches at home for months this past year, so this might bring some light relief to subway fans who have had enough of the same old ham and cheese sarnie.