Iceland are now selling the hottest supermarket curry ever 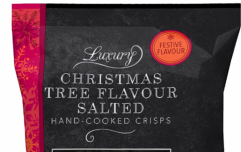 END_OF_DOCUMENT_TOKEN_TO_BE_REPLACED

Last week, Morrisons launched the Flaming Fiery Phaal - an eight chilli rated curry, which is made with Scorpion Chillies to burn the crap out of your mouth. They claimed it was the hottest supermarket curry in the UK – a title previously held by the Volcanic Vindaloo, put out by the same chain earlier in the year.

But now, it would seem Morrisons have competition in the race to burn the insides of UK supermarket shoppers.

Iceland have unveiled the Carolina Reaper Curry, which is supposedly even hotter than the Flaming Fiery Phaal.

Last year, a Carolina Reaper chilli measured a whopping 2,200,000 units on the Scoville Scale, making it the hottest in the world, and 200 times hotter than a jalapeño pepper. 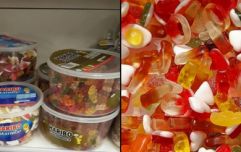 END_OF_DOCUMENT_TOKEN_TO_BE_REPLACED

The Scoville Scale is the international measurement for spiciness or heat of peppers. A habanero for instance ranks at around 100,000–350,000 on the scale.

The new Iceland curry is also made with a whole Jinta pepper.

Only for the bravest of taste buds, the curry is hotter than Morrisons’ Flaming Fiery Phaal and is made using the world record-breaking Carolina Reaper chilli and a whole red Jinta chilli.

The curry includes cooked tender chicken pieces, marinated in aromatic tikka spices, served in a curry sauce, all flavoured with a fiery hot Carolina Reaper chilli base. Finished off with a whole Jinta chilli, it’s not for the faint hearted – we recommend this meal is served with a pot of cooling yoghurt and rice.

And to show they are serious, they have even done a photoshoot with a guy in a Grim Reaper-style cloak holding one. So you know they mean business.

The Carolina Reaper Curry costs £2.00 for the 375g portion, and is available in store and online now.