Morrisons launches even hotter version of the hottest ever supermarket curry

Many things happened this summer. England triumphantly reached the semi-finals of the World Cup. There was the Royal Wedding. Danny Dyer’s daughter Dani Dyer charmed the nation. 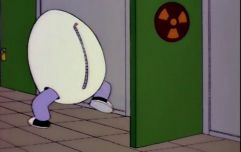 END_OF_DOCUMENT_TOKEN_TO_BE_REPLACED

But perhaps the most important event of the summer of 2018 was that Morrisons launched the hottest ever supermarket curry.  The 'Volcanic Vindaloo' was made with Naga chillies, that have a Scoville rating of up to 200 times hotter than tabasco sauce or a jalapeño.

But it did not please everyone. Apparently, one customer from Runcorn thought it wasn’t hot enough, and complained to Morrisons.

So Morrisons have made it even hotter.

The Flaming Fiery Phaal is an eight chilli rated curry, which is made with Scorpion Chillies to burn the crap out of your mouth.

“The blistering phaal has been created by Morrisons’ chefs, who have scoured the country to find the hottest recipe possible. Their search led them to Birmingham’s Bangladeshi restaurants, the home of the phaal, which is often considered the fieriest and most challenging curry in the world. 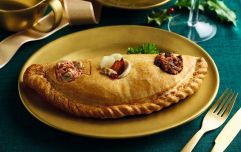 END_OF_DOCUMENT_TOKEN_TO_BE_REPLACED

“Morrisons Flaming Fiery Phaal contains Scorpion Chillies which top the Scoville Heat Scale – which ranks how hot a chilli is – in addition to Naga and green chillies. It boasts an eight chilli rating to make it the hottest supermarket curry ever.

“Spice tolerances differ from person to person, and it’s capsaicin, a compound found in chillies, which triggers pain receptors in the body to react when people eat spicy curry. In addition to chillies, Morrisons Flaming Fiery Phaal contains chargrilled chicken breast, a thick tomato and onion base, and a huge array of spices – including paprika, garlic, ginger, coriander, turmeric, cinnamon, nutmeg, fennel, fenugreek and cardamom.”

The Flaming Fiery Phaal is on sale at Morrisons now, and costs £2 – if you are completely insane.

popular
New Zealand to ban young people from ever buying cigarettes
ITV News' intro to Downing Street Christmas party clip is absolutely brutal
Ant & Dec make another dig at Boris Johnson and No 10 party cover-up
Emotional Robbie Savage introduces son Charlie's Man Utd debut while on commentary duty
Identical twins trying to get pregnant at same time with shared fiance
Met police to review leaked video of Downing Street aides joking about Christmas party
Elon Musk issues warning about crumbling of civilisation
You may also like
News
Urgent recalls ordered for meat and chocolate from Tesco, Asda and Morrisons
News
Morrisons to be sold off at billion pound auction in days, supermarket confirms
Coronavirus
Morrisons to shut stores on Boxing Day for first time in decades as 'thank you' for pandemic workers
Coronavirus
Morrisons will ban customers not wearing a face mask from today onwards
Sport
Why was the Carabao Cup draw at a Morrisons?
Next Page