Following the overwhelming reception following their vegan sausage roll, Greggs are moving forward with a new addition to their meat-free menu.

The Vegan Sausage, Bean and CheeZe Melt is coming. 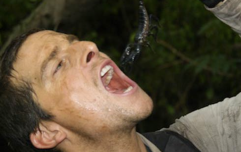 END_OF_DOCUMENT_TOKEN_TO_BE_REPLACED

The Vegan sausage roll divided the country and certainly annoyed Piers Morgan enough to dedicate a ridiculous amount of time to it even today. Most recently, he said he would rather eat a vegan sausage roll than apologise to Meghan Markle.

But this isn't the first time new vegan items have been added to the menu. Earlier this year, Greggs released a vegan breakfast line that included a sausage sandwich, and a vegan ham and cheese baguette.

A spokesperson for Greggs told Metro: 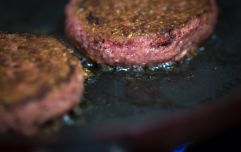 END_OF_DOCUMENT_TOKEN_TO_BE_REPLACED

"Over the coming weeks we’ll be trialling our delicious Vegan Ham and Cheeze Baguette and Vegan Sausage Breakfast Roll in a very small number of shops, with a wider launch planned for later in the year."

"The Vegan Sausage, Bean, and CheeZe Melt is coming. WARNING, it’s a bit of a mouthful," the pastry company tweeted.

"First we gave you the vegan sausage roll. Then the vegan steak bake. And now, another legend has been veganed." 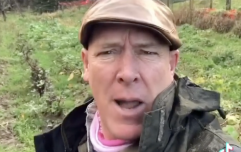 END_OF_DOCUMENT_TOKEN_TO_BE_REPLACED

"The latest addition to our menu gives customers another vegan-friendly alternative to one of our most iconic menu items.

"As we expand our vegan options with the launch of our new Vegan Sausage, Bean and CheeZe Melt, we mark another milestone as we continue with our journey to become our customers’ favourite destination for food-on-the-go."

You don't have to wait long for this new addition, as it’ll be arriving in stores on 5 August this year and cost from £1.60. However, having personally fought off builders for a vegan sausage roll, you might want to get in that line sooner rather than later.